This is how we managed to gray the whole Eastern Mediterranean 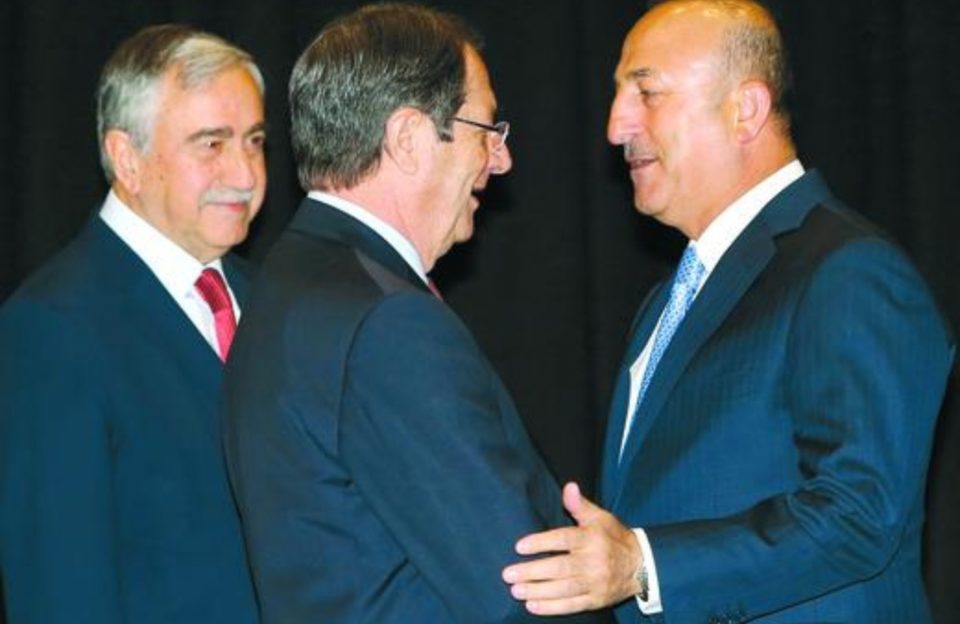 A month ago, the foundation stone was laid for the construction of a liquefied natural gas receiving unit, which will cover the country’s needs for at least a decade.

That is, it is predicted that in 25 years from the start of its energy program, South Cyprus will not pump a single cubic foot of natural gas for its needs.

Meanwhile, the EU is turning to alternative energy sources. What, then, is this crisis that can even lead us to war?

In contrast, EMI discovered in 2015 in Egypt the giant Zor deposit. In 2017, gas production began.
The speed with which Zor was exploited is due to the fact that the ownership of the deposit was not disputed and there was a ready market in Egypt.
The Cypriot deposits could be exploited with the same speed, if the policy was exercised with rationality and not with emotion. And if the national interest took precedence over the selfish individual interests.

Zor’s example teaches that the development of deposits presupposes geopolitical stability and a market that will absorb the gas produced.

The interest of foreign companies that invested in the Greek Cypriot EEZ was stimulated by the prospect of a solution to the Cyprus problem and the energy-thirsty Turkish market.

If the Turkish market is removed from the equation, gas will remain untapped due to the high cost of transport infrastructure in the markets. The same is true if political problems are not resolved.

From 2008 to 2018 there were three rounds of licensing of research pieces in the Cypriot EEZ. Contracts were signed with companies and drilling was carried out, without any serious reaction from Turkey, which only recorded its disagreement.

In fact, the third round was announced Aron Aron, on February 17, 2016, with the consent of Turkey.

The mediation was done behind the scenes by US Vice President John Biden, who discussed the issue with  Anastasiadis in Davos a month earlier.

The development of the deposits became part of a broader plan to restore stability in the region through the resolution of the Cyprus problem.

This is how the American Exxon-Mobil became interested, in a joint venture with Qatar Petroleum, the state-owned company of Qatar, which is Turkey’s closest ally.

What was not properly assessed was Moscow’s ability to overturn these plans.

In the ensuing Cyprus talks, Turkey showed unprecedented compromise because it needed a solution.

On the one hand, the revitalization of relations with the EU and on the other hand the launch of colossal energy projects would boost the anemic Turkish economy.

For the first time since the Cyprus issue, Cyprus has acquired a strong bargaining chip to claim a solution to its national problem in a way that could fit into the EU. It was up to its leadership to bargain to take advantage of this.

This situation was lost at the conference on the Cyprus issue in Crans Montana, in July 2017. It is now documented that Turkey assured the United Nations behind the scenes that it would accept the abolition of guarantees and the withdrawal of its troops from Cyprus, meaning of course that the Turks had political equality in a federal state.

At this historic juncture, Anastasiadis approached the Turkish Foreign Minister and told him that the Greek Cypriots did not want to share anything with the Turkish Cypriots.

He asked for understanding and time to go to the polls in February 2018, and then he would promote a two-state solution and the sharing of hydrocarbons. Anastasiadis promoted this idea in Cyprus, but then withdrew.

In the meantime, Anastasiadis inaugurated the policy of tripartite cooperation with Israel and Greece, while later this model was adopted with Egypt.

Turkey took these alliances as an attempt to exclude itself from energy planning and reacted recklessly. With unreasonable claims and activities, such as forcing EMI to cancel planned drilling and carrying out drilling under the protection of its fleet, it sought to prove who the boss is in the area.

All the problems of the region entered into this controversy. Israeli Prime Minister Benjamin Netanyahu, who has issues with Erdogan, convened a conference with Greece and Cyprus in Tel Aviv and agreed to build the EastMed pipeline, which has zero chance of being implemented.

To block a pipeline that will never be built, Turkey invented a maritime border with Libya. Greece was forced to make a partial agreement with Egypt in order to neutralize the Turkish-Libyan memorandum and so we entered a vicious circle of controversy.

Apart from our own, we also got involved with the differences of the Islamic states, on the occasion of the Turkish intervention in Libya.

The President of France, Emanuel Macron, is with us at this time because the interests of his own country in Libya are at stake.

On the other hand, the Italians who have control over the deposits in the Cypriot EEZ are flirting with Turkey because they have invested in the recognized government of Libya.

But, if the situation derails and gets out of control, no one will fight for the other in this troubled area.

The only sure result of this crisis is the graying of the entire Eastern Mediterranean basin, to the glory of Putin, who sees the EU fragmented, NATO destabilized and Turkey energy-dependent on Russia. 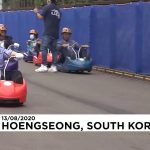 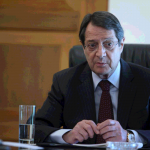 Anastasiadis: Famagusta issue is the reason for the interruption of Turkey’s European course