Çavuşoğlu: “We cannot make any concessions in Cyprus”

Turkish Foreign Minister Mevlüt Çavuşoğlu stated that Turkey will always defend the rights of Turkey and the Turkish Cypriots in the Eastern Mediterranean and Cyprus, adding that they will not make concessions in any way in this respect.

Çavuşoğlu spoke at the joint press conference held following the meeting with his counterpart Azerbaijani Foreign Minister Ceyhun Bayramov at the Ministry of Foreign Affairs.

Underlining that Turkey showed as a good will indicator “not concession but some temporary gestures” regarding developments in the Eastern Mediterranean, Çavuşoğlu reminded that the European Union (EU) and Germany made efforts for dialogue in this process.

Stating that Turkey had indicated to the EU and Germany: “We make this gesture, but you’ll see negative steps rather than positive ones from Greece and the Greek Cypriot side”, Çavuşoğlu said that Turkey’s arguments are realized. 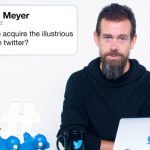 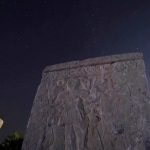