Turkish President Erdoğan: “We will continue to implement our own plans in the Mediterranean” 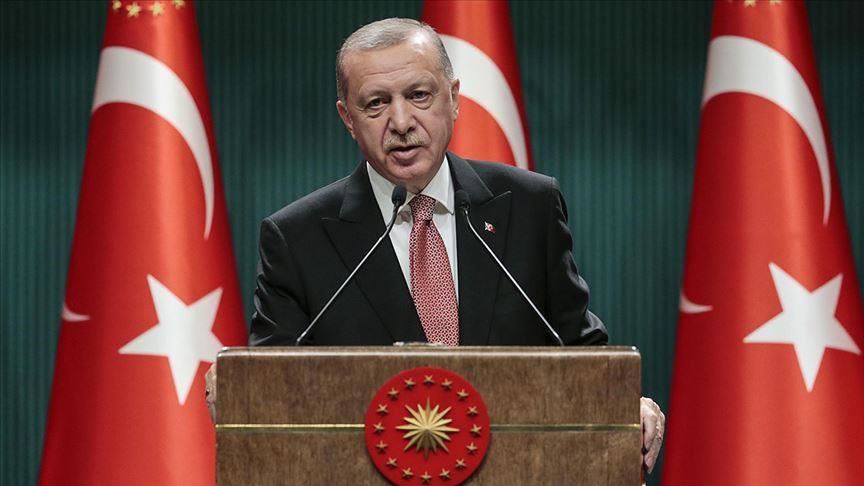 Turkey will continue to implement its own plans in the field and diplomacy until a common sense prevails on the issue of Eastern Mediterranean, the Turkish president said Monday.

“Turkey will continue to implement its own plans in the field and diplomacy until common sense prevails on the issue [of Eastern Mediterranean],” Recep Tayyip Erdogan said, following the Cabinet meeting in the capital Ankara.

“We are always here and ready to resolve conflicts through dialogue on equitable basis,” Erdogan added.

Erdogan also called on the Mediterranean countries to cooperate in finding “an acceptable formula that protects the rights of all.”

“No way Turkey would consent to any initiative trying to lock the country to its shores, ignoring the vast Turkish territory,” Erdogan said. Last month, after Athens objected to Ankara’s seismic survey in an area south of the island of Meis, or Kastellorizo, German diplomatic efforts helped defuse tension between Turkey and Greece.

But Greece’s controversial move last week to sign a maritime delimitation agreement with Egypt, which Turkey says violates its continental shelf and maritime rights, has further sparked tension between the two neighbors.

Turkey also announced on Monday that its seismic vessel Oruc Reis will conduct research in the region until Aug. 23.

Turkey has long contested the Greek Cypriot administration’s unilateral drilling in the Eastern Mediterranean, asserting that the Turkish Republic of Northern Cyprus (TRNC) also has rights to the resources in the area.

“When this period [pandemic] ends, Turkey will be among the least damaged countries globally,” he added.

“Turkey will write a new success story using its geographical location, logistics network connections, manufacturing capacity, human resources, knowledge, and skills within the new world order that will form after the pandemic.”

The coronavirus pandemic has claimed over 732,600 lives in 188 countries and regions since it originated in China last December.

The US, Brazil, India, and Russia are currently the worst-hit countries in the world.

More than 19.94 million COVID-19 cases have been reported worldwide, with recoveries exceeding 12.15 million, according to figures compiled by the US’ Johns Hopkins University. 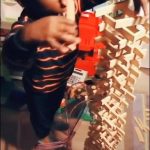 Kid Looks Disappointed After Stick Tower Gets Knocked Over by Him 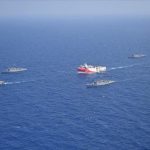