Lessons from the agreement with Egypt 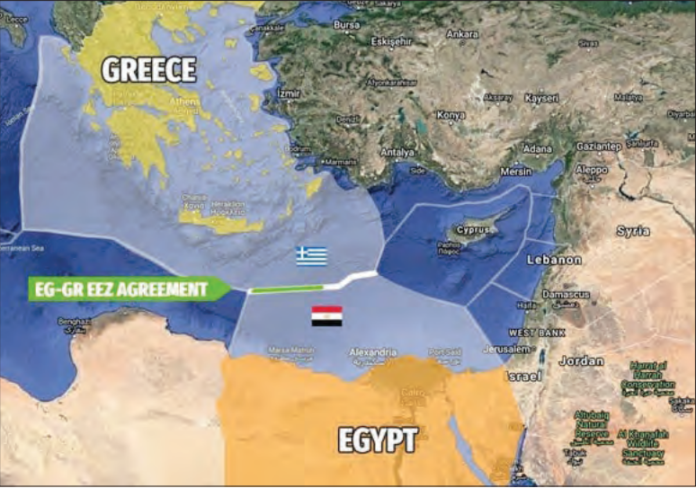 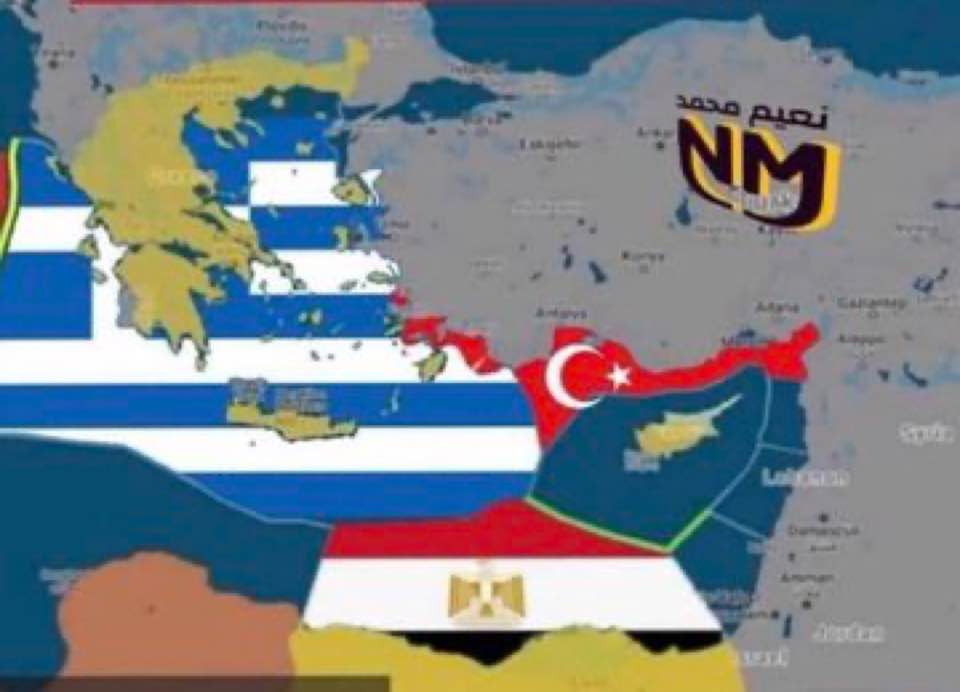 It is a myth that the EEZ is first declared unilaterally and then delimited bilaterally. The declaration of acquisition of an EEZ is expressed through the agreement defining the area of ​​exercise of rights. Agreements must exist for the right to be exercised. Unilateral filing of EEZ coordinates by one country is contrary to the Law of the Sea.

But even when a continental shelf and an Exclusive Economic Zone are identified, these waters with their seabed remain international and do not belong to the coastal country. The difference is that with the agreement, the coastal country now has only the possibility of economic exploitation in them.

For many years, Greece had not been able to conclude agreements with any of the countries with which it borders by sea. Because it insisted on the full influence of all its islands, small and large, on the continental shelf and the EEZ. While there are agreements between states but also international court decisions, which limit the “influence” of islands on the continental shelf and the EEZ. We also have some that do not give any “influence” on very small islands.

Because according to the Law of the Sea, the length of the shores plays a big role in drawing the line. Especially if the islands are close to large mainland coasts, such as Turkey or Africa (Egypt, Libya), they can not cancel the rights of the opposite main coast.

If an EEZ agreement had been signed on the basis of mutual concessions with Italy, Egypt and Libya, the Turkish-Libyan memorandum would not have emerged. The delay of so many years, the only thing it has brought is a deterioration of the interests of our side. The exact same thing happens in the Cyprus issue. Political timidity has brought us to claim what we previously considered “self-evident”.

The recent agreement with Italy on the EEZ was reached because Greece showed realism and flexibility. He accepted that the Ottoians, north of Corfu, and the Strofades, south of Zakynthos, have a reduced “influence” in the Exclusive Economic Zone.

The problem remains with Libya, in the case of Gavdos, whose full “influence” Libya denies. This has been the case for many years, under the Gaddafi regime already, and not just with the current, internationally recognized Saraj government.

It is the same issue that prevents a corresponding agreement with Turkey, with the influence of Kastelorizo ​​at the forefront. While Kastelorizo ​​undoubtedly has a continental shelf and an EEZ, it will not have 100% influence. It can not have an EEZ 4,000 times its size and “block” Turkey’s exit to international waters, in terms of EEZ and continental shelf.

A future Greek EEZ will not “border” with the Cypriot EEZ. A part of the Turkish EEZ will be inserted between them. Not as big as the illegal Turkey-Libya agreement “gives”, but it will exist.

As far as we know so far, in the agreement with Egypt, Crete has a slightly reduced influence, Rhodes, Karpathos and Kasos have an even smaller influence, while the islet of Chrysi – south of Lassithi – has no influence. The agreement contradicts Turkey’s claim that the islands have no EEZs at all. It also puts settlement through negotiations, not force.

The “price” is that Greece seems to be abandoning maximalist energy plans for the Eastern Mediterranean. For many years, what was said in Athens and Nicosia about the EEZ was untrue. Folding was inevitable at some point.

The realistic adjustment of Greece’s official position was made because with the Turkish-Libyan pact, Ankara was creating in the Eastern Mediterranean. The only ships that are now doing research in the area are the Turkish ones. None of the countries with which the energy cooperation was progressing, the USA, Egypt, Israel, seemed willing to act in the field where Turkish ships were.

Ten years after the start of research, the gas deposits that have been found are not impressive, and in no way are they worth going into adventures. And as already pointed out, the International Court of Justice in The Hague generally does not recognize in the islands equal EEZ with the hinterland, especially when they are adjacent to an hinterland that has a long coastline.

The agreement with Egypt does not cancel the Turkish-Libyan pact. He could not, after all. An agreement is annulled either by a decision of those who concluded it, or by a decision of an international court or tribunal. But he certainly counters it politically and diplomatically.

The Turkish-Libyan pact will no longer monopolize the status of the region. Two opposites will coexist according to the status of a specific region of international waters of the Eastern Mediterranean. A legal dispute arises. Maybe at some point, the political circumstances will allow her to be referred to a court (in The Hague or elsewhere).

Just as we do not recognize the Turkish-Libyan pact, so Turkey does not recognize the Greek-Egyptian agreement, and it has already stated it explicitly. Without demarcation with the agreement of all the states of the region, or with a decision of the International Court of Justice, the issue will be “dragged” and we will not know if and when a hot episode will occur.

The best solution would be to star in a Conference of the Eastern Mediterranean Stakeholders on the joint delineation of the EEZs, in conjunction with the resolution of the Cyprus problem, and to avoid contributing to unnecessary tensions.

An objection to the agreement lies at the time it was concluded. If at the time, after the possibility of a hot episode, we were going for exploratory contacts with Turkey, they are canceled, such a thing is a serious problem. Especially if we return to a climate of tension between the two countries.

In any case, the major thing is to reach an agreement for the region and with Turkey. Either through bilateral negotiations, or by appealing to the International Court of Justice in The Hague, and even better by combining these methods. Such a thing can not be bypassed. And there, of course, compromises will be required. 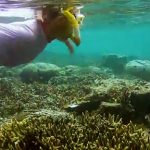 Thinking About Open Water Swimming? Here’s Some Advice for Starting Out! 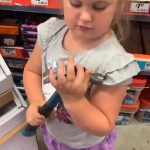