This is a Provocative Military Move UNLESS THE GREEK CYPRIOT SIDE DE-ESCALATES TENSION, WE WILL TAKE MEASURES

Özersay: “They are conducting military exercises in violation of our territorial waters. This exercise is a provocative military move”

In his written statement, Deputy Prime Minister and Minister of Foreign Affairs Kudret Özersay stated: “Following the move of the Greek Cypriot side to install 187 prefabricated concrete firing positions, we are now witnessing attempts to carry out new provocative military exercises. As preparations for the celebration of the 56th anniversary of the glorious Erenköy resistance are underway, this is yet another addition to the recently escalating provocations of the Greek Cypriot leadership.

We have learned of the attempt of the Greek Cypriot side to carry out a military sea exercise entailing usage of cannon fire on 9 August 2020 off Erenköy, which is TRNC territory, in direct violation of our territorial waters.

We have made the necessary representations before the United Nations for the cancellation of this provocative act of the Greek Cypriot leadership. We are closely following, in coordination with our military authorities, the developments regarding this provocative act which aims to violate our territorial waters. This exercise is a provocative military move. If the Greek Cypriot side does not cease to increase tensions, we will take the necessary measures”.

Deputy Prime Minister and Foreign Minister Özersay also added: “It will be recalled that we have conveyed to the United Nations Headquarters in New York our request, through a letter, for the removal of 187 portable concrete military firing positions placed along the line of contact by the Greek Cypriot leadership in the near past with a view to gaining a military advantage, which is a hostile act. We have also shared this information with our public. We would like to emphasize that we have given the Greek Cypriot leadership until the middle of the month of August to remove the said posts”.

Moreover, Özersay stated that; “of course, as always, as the Turkish Cypriot side, our position is in favour of reducing tensions rather than escalating them. However, the attitude of the Greek Cypriot side, which has even used the Covid-19 pandemic as an excuse to militarise all borderlines and which has not shied away from threatening civilian crossings, is hostile. This approach is a grave mistake. I hope that the Greek Cypriot side will abandon this hostile approach within the timeframe which has been afforded to it. Otherwise, we have conveyed to the Greek Cypriot leadership via the United Nations that we will take the necessary counter-measures and reciprocate its actions at least at the same level”. 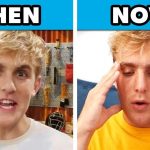 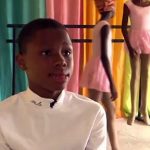