South Cyprus House plenum has refused to ratify the Comprehensive Economic and Trade Agreement (CETA) between the European Union and Canada.

After a long debate on Friday, this was voted down with 18 votes in favor, 37 against and no abstentions.

MPs who voted against the agreement’s ratification argued that South Cyprus could negotiate exceptions along with the registration of halloumi cheese as a trademark.

The Comprehensive Economic and Trade Agreement (CETA) between the EU and Canada temporarily entered into force on 21 September 2017.

It had earlier been approved by the EU member states on a Council level and by the European Parliament. The agreement will fully enter into force when it is ratified by all EU member states.

Friday’s rejection puts the breaks on the agreement’s implementation.

Reopening of CETA would be almost impossible as the above-mentioned range would be reapplied, and CETA would be canceled if the Greek parliament does not approve. 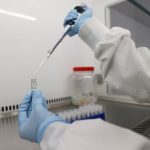 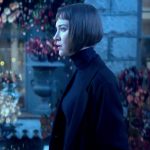