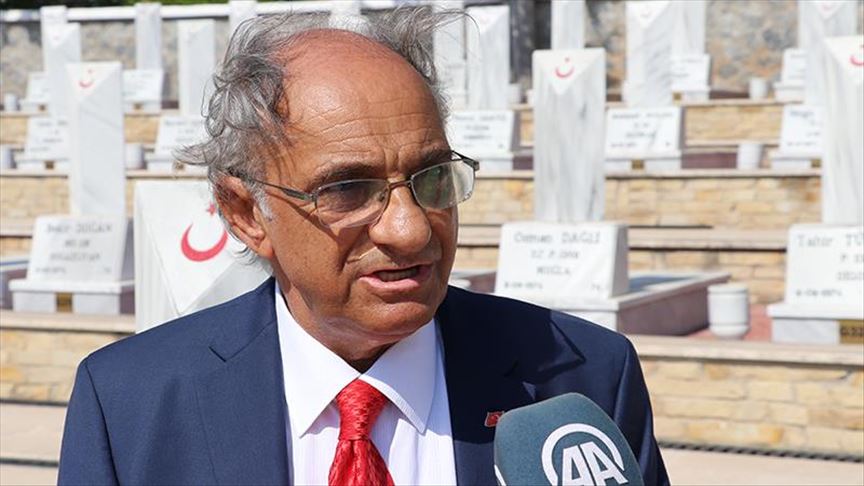 On its 46th anniversary, the veterans recalled Turkey’s Cyprus Peace Operation launched by the Turkish Armed Forces (TAF) to bring peace and safety to the island, and to the Turkish Cypriots who had suffered from years-long persecutions.

Yilmaz Bora and Mesut Gunsev, 1974 Cyprus Peace Operation veterans, told Anadolu Agency of their experiences and how the operation unfolded.

Bora said the Republic of Cyprus was founded on Aug. 16, 1960, on the basis of two equal communities.

He said both Turkey and Turkish Cypriots welcomed the republic with great enthusiasm from the very first day, but everything went upside down when Greek Cypriot President Archbishop Makarios said the republic was just a step in direction of Enosis (union with Greece).

Greek Cypriots launched Akritas Plan on Dec. 21, 1963 that sought to eradicate Turkish Cypriots and gain control of the whole island within 48 hours, but Turkish Cypriots of all ages began to resist against the persecution, added the veteran.

The attacks launched in Lefkosa spread to the whole island, and Turkish Cypriots united against the massacres, he said.

“Turkish Cypriots were stuck in a total of three kilometers [1.8 miles] for 11 years,” he said, adding that people were able to survive, thanks to the aid dispatched by the Turkish Red Crescent.

Greek Cypriot aggressors sought to lead Turkish residents of the island to despair and mocked them through songs, but the determination of Turkish Cypriots never faded, according to Bora.

Although Turkey, a guarantor country, urged the UN and other guarantors to take action for 11 years, its calls fell on deaf ears and the Greek Cypriots launched Ifestos plan “aimed at committing second genocide” on July 15, 1974, he said.

The Greek junta removed Makarios from power following a coup on July 15, 1974, and Turkey started negotiations with Greece and the UK, Bora added.

As negotiations did not bear any fruit, Turkey stepped on the island early July 20 and called for re-establishment of the constitutional order, but its calls were not heard, then the military campaign continued and Turkish Cypriots’ hope for victory and salvation was finally on the horizon.

Stressing that the UN Peace Force responsible for protecting peace on the island threatened Turkish Cypriots for 11 years, he continued: “With its July 20, 1974 intervention, Turkey brought peace and tranquility to the whole island, and saved Greek Cypriots from an internal fight.”

“If the operation had not been held, Turkish Cypriots would have been slaughtered,” he said. “We are confident that the Turkish Republic of Northern Cyprus [TRNC] will live forever thanks to the support of our motherland.”

Retired Sr. Maj. Mesut Gunsev, then-on duty at the Amphibious Marine Infantry Regiment of the TAF, said Turkey successfully carried out a difficult operation in 1974, saying the military interference combined multiple maneuvers all at once.

He also said the first part of the operation was concluded within three days and a huge amount of ammunition and soldiers were deployed in a narrow location and the operational area had to be expanded as the Turkish military elements were under constant harassment fire.

The veteran soldier added that the second part of the operation was later conducted leading to today’s boundaries on the island.

“These noble people [Turkish Cypriots] resisted, trusted their motherland, and fought side by side with Mehmetcik [TAF soldiers],” he said and noted that the flag of the TRNC would eternally wave.

Every year the TRNC celebrates July 20 as its Peace and Freedom Day to mark the operation — a large-scale military intervention to protect Turkish Cypriots from the violence that struck the island in 1974.

The island has been divided into a Turkish Cypriot government in the north, and Greek Cypriot administration in the south since a 1974 military coup aimed at its annexation by Greece. 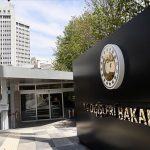 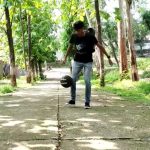 Guy Does Awesome Tricks With Football

Forestry Department on red alert as Cyprus sizzles at 41 C