We look at where it all went wrong for Joe Hart at Manchester City, and the Dutch World Cup Finalist Gregory van der Wiel who now can’t even get a club. Meanwhile we profile the Middlesbrough legend Gaizka Mendieta, and try and suss out what went wrong for Joe Cole later in his career.

Finally we look at the legendary Liverpool duo of Fernando Torres and Michael Owen, both forwards whose careers never truly recovered after they left the adoring crowds of Anfield.

None of these players had careers you can consider a failure, but they all share the common theme of watching their professional days fade into obscurity after dominating the headlines during their prime. 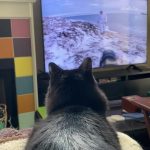 Arsenal Will Become A Top 4 Team Before Tottenham Because… #SundayVibes