Here’s what I think: My first ELAM protest

I had a busy day last Monday, but with cancelled plans in the evening giving me a few hours with nothing to do, I asked myself “what better way could I spend my evening than watching neo-nazis?”. I concluded there was no better way, and headed towards Ledra Palace ready to take it all in.

I didn’t know exactly what to expect – the organised physical violence of Golden Dawn in Greece has never quite been replicated by their Cypriot wing, but doubtless unsavoury characters were going to be present. This much was evident on my arrival about half an hour before the event began – a small number of Turkish Cypriots were watching the gathering crowd from the Yiğitler Burcu Park which sits on the western city wall which acts as the border between Cyprus’ two sides, and they were subjected to obscenities by passers by below. Not that it bothered them too much – the walls, among other things, very much provided safety.

The next thing that caught my eye was the sheer number of buses arriving at the scene. There must have been twelve or thirteen buses full of people which went past me as I stood opposite the walls, yet when I made my way up to Ledra Palace itself there were not twelve or thirteen buses worth of people there. I can only assume that the bars in and around central Nicosia must have been full that evening, because I can’t think of where else they would have all gone.

Unlike what seemed like the majority of the ELAMites in Nicosia, I didn’t choose that moment to head to the pub, and instead went to see what would happen next. What happened next was about eighty men in combat trousers marching in time. They were chanting as they marched, with “Turks, die!” a favourite among other equally imaginative numbers. One of them had a red flag, so I’m guessing he got the wrong memo or something. Once they were done with their marching, the national anthem of Greece got its first rendition, and then they disappeared, presumably to the pub with the rest of the people I hadn’t seen since the buses arrived.

As it got dark, those of us who remained were treated to speeches. I was somewhat surprised that the central theme of the speeches was in fact not Cyprus, but the Ayasofya. Cyprus did get a few mentions, including one speaker mentioning the “coast of Morphou” which is not a coastal town, but the Ayasofya took precedence that night – when the speakers could get a word in edgeways, that was. Speeches faced constant interruptions by people shouting and chanting – to be honest, it was a ferocity I’d equate more with Macclesfield Town than Mussolini, but they made enough noise to put the speakers off.

An older man attempting to give a history lecture from the Mycenaeans to the present day had his speech completely derailed by chanting, at which point he simply gave up and walked off stage. Even party leader Christos Christou couldn’t stop them. He bumbled through what he had to say, a pre-prepared speech that I’m sure brought the house down in his bathroom mirror but in reality sounded like a chore to get through, as more and more people left the scene.

Shortly after, I decided I’d seen enough. After having seen all those buses arrive at the start, I was pretty sure that the remaining crowd could have fit snugly into a taxi. This was the big, scary ELAM, apparently. As far as I could see, they were not very well put together, not very bright, and not many of them could really be bothered. This is an organisation we should laugh at – I know I was last Monday night. 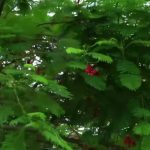 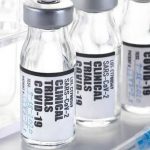 Vaccination will be mandatory in South Cyprus