With both feet, the Americans in the East. Mediterranean

After ExxonMobil, the second-largest US oil giant, and one of the largest in the world, Chevron, acquires a presence in the Cyprus Exclusive Economic Zone.

Chevron specifically announced yesterday that it has reached an agreement for the acquisition of the also American Noble Energy, which is the manager of the Aphrodite deposit in plot 12 of the Cypriot EEZ, for the amount of approximately 5 billion dollars.
The latter also faced significant financial challenges due to the coronavirus with a debt of about $ 13 billion, which is now passed to Chevron, as well as all the rights and assets of Noble.
This includes its rights to the Aphrodite deposit which it shares with the Israeli Delek and the Dutch giant Shell, as well as Noble’s rights to the Israeli deposits Leviathan and Tamar.

The news in itself, given the presence of ExxonMobil in the Cypriot EEZ and specifically in block 10, consolidates the presence of US oil giants in the Eastern Mediterranean, since the position of a small and medium-sized company such as Noble now takes a company the size of Chevron.

A development that reinforces the importance of the region for American interests in general and at the same time the role of Cyprus in the geopolitical map.

For many, in fact, the “new” American duo strengthens the Cypriot EEZ itself, although the intentions of Chevron must first be known, at least for Aphrodite. 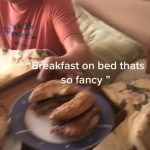