Here’s what I think: Today is 20th July

The fact that this column is due to be published on the morning of 20th July in Cyprus means that I can’t really write about anything other than the fact that it is 20th July. Forty six years ago to the day, Turkey took military action in response to the Greek military’s coup d’état on the island, and by the end of that summer the Cyprus’ political map looked not far off how it does now.

At the end of that first paragraph lies the problem, both for Cyprus as a whole and for columnists trying to say something intelligent. Nothing has changed in almost half a century. The same arguments about the same grievances take place ad infinitum and without doubt ad nauseam. The Cyprus Problem remains unsolved, both sides of the island continue to suffer as a result, and thanks to the passage of time I find there is less and less to say on the matter.

I could talk about all of Cypriot history and about how we got here, about Makarios and 1963, about the violence and the massacres, about the huge wasted opportunity that was the Annan Plan in 2004, all the way up to recent times and Greek Cypriot Nicos Anastasiades throwing the latest effort for a solution under the bus for political gain. However, at this point it’s nothing you haven’t heard before, and it’s nothing you won’t hear again.

The simple fact of the matter is that there’s nothing new to say because there’s nothing new that’s happened. The Cyprus Problem is frozen for the time being. Today without doubt will be full of the same old arguments that we read and listen to every year, the same people and maybe some new ones shouting the same slogans, the same protests and parades and rituals.

On both sides of the island, 20th July is like Christmas for people who think they’re interested in politics but don’t know what nuance means. I could go on, but I won’t for fear of going around in circles myself.

Today is 20th July. It happens every year. 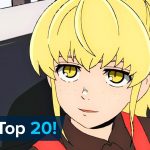 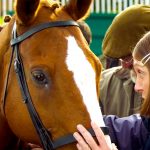