South Cyprus President Nicos Anastasiades has told the European Council that “the appeasement of Turkey has failed” and that it should come to an end.

Anastasiades also said in his intervention at the European Council in Brussels that the time has come for solidarity statements among members states to turn into action, South Government Spokesman Kyriacos Koushos said in a written statement on Friday evening.

The Council members have agreed on an extraordinary meeting on Turkey in September following a proposal by President Charles Michel, Koushos added.

The statement also said: “Friday’s European Council Summit in Brussels began with interventions by the Nicos Anastasiadis and the Prime Minister of Greece Kyriakos Mitsotakis, who referred to the  action threats from Turkey, as well as to the reaction of the European Union.”

“As long as the Turkish provocations continue, we cannot agree to initiatives that oppose or erode the unanimous decisions taken by the European Council.”

Koushos also said that Anastasiades has called for the extension of EU sanctions against natural and legal persons involved in Turkey`s drilling program within the EEZ of the Republic of Cyprus.

And that he also asked for the Council`s support regarding the decision already taken in the Foreign Affairs Council to prepare a package of further measures to be imposed on Turkey.

“The President of the Republic informed extensively about Turkey`s illegal actions in the Eastern Mediterranean, noting that developments are worrysome,” Koushos said.

“The President then referred to the issuance of a new NAVTEX, which extends Turkeys illegal activities within the Cyprus EEZ” and to the Turkish threats to conduct exploration within the Greek continental shelf, as well as Turkeys military involvement in Syria and Libya,” he added. 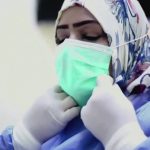 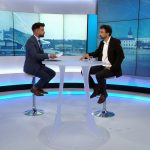