Researchers from the University of Oxford believe they have made a potential breakthrough in the development of a Covid-19 vaccine.

The human trials of the vaccine have reportedly found that the jab could provide so-called “double protection” against the virus.

The human trials work by taking blood samples of the volunteers and analysing them.

Blood samples that were taken from volunteers in the first phase of trials have shown that the vaccine helped the body create both antibodies and T-cells, according to a report in The Daily Telegraph.

A source told the newspaper that the combination of antibodies and T-cells “will hopefully keep people safe.”

The Chairman of the Berkshire Research Ethics Committee, David Carpenter, who approved the Oxford trial, told The Telegraph that the team was “absolutely on track.”

He said, “They can strengthen findings by targeting people in hospitals, healthcare professionals, where the spread is [more] likely to happen.

The vaccine is known as ChAdOx1 nCoV-19, and could provide people with long-lasting immunity against the virus.

When will the vaccine be available?

Carpenter said, “Nobody can put final dates… things might go wrong but the reality is that working with a big pharma company, that vaccine could be fairly wildly available around September and that is the sort of target they are working on.”

Speaking on ITV’s Peston on Wednesday, Health Secretary Matt Hancock said, “We’re all working towards the best case scenario, we’re all giving AstraZeneca and the team at Oxford, and the Imperial vaccine, every possible support, we’re working with other potential vaccines around the world, in America, and Germany and the Netherlands.

“We’re working with them to ensure that if they come off first, that we’ll get access to them here.”

Hancock said that the list of professionals who can legally vaccinate people would not only include GPs but also technicians, nurses and pharmacists. 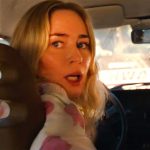 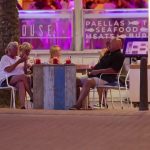