Billions is a television drama series created by Brian Koppelman, David Levien, and Andrew Ross Sorkin, starring Paul Giamatti and Damian Lewis, that premiered on Showtime on January 17, 2016. The series is loosely based on the activities of Preet Bharara, the former U.S. Attorney for the Southern District of New York, and his legal battles with hedge fund manager Steve Cohen of S.A.C. Capital Advisors. 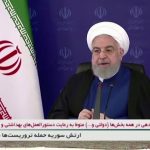