“Our warplane, which will utilise domestic resources at every stage – from design to production – will fly out of the hangar in 2023,” Erdoğan said in an interview published on Sunday.

Erdoğan lauded his government’s role in boosting the country’s defence industry, saying they had brought domestic production in the sector from 20 percent to 70 percent.

The mock-up of Turkey’s first indigenous fighter was unveiled in 2019, and Turkish officials have said the aircraft, being developed by aerospace engine manufacturer Turkish Aerospace Industries, would be ready for 2023.

However, critics say the deadline is overly ambitious for the twin-engine all-weather air superiority fighter, citing Turkey’s inability to produce a fully indigenous engine as a significant delay in the fighter jet’s development phase.

Erdoğan said Turkey only had 62 defence projects when his ruling Justice and Development Party came into power in 2002; the number is now nearing 700.

“In the last five years, we have commenced 350 new projects,” the Turkish head of state said.

“While in 2002 defence projects were conducted with a budget of $5.5 billion, this figure has since shown an increase by eleven times over, reaching a project volume of $60 billion.’’

Turkey ranks 15th in the world for weapons purchases ($19 billion), and set the largest increase in military spending in 2019 (24 percent) among the top 15. Revenue for companies in the Turkish defence industry rose by $4 billion to $8 billion dollars in the last eight years. 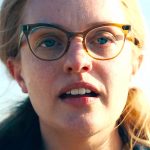 Paris climate accords: US notifies UN of intention to withdraw