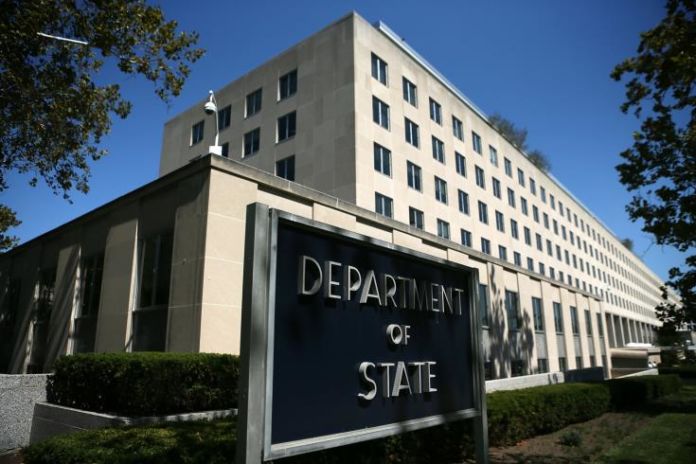 The US are “absolutely concerned” over developments, both offshore Cyprus and in the Aegean, a US State Department senior official has said, adding that Washington has made it clear to Turkey that drilling operations and the memorandum with Libya are unhelpful, counterproductive and contrary to stability and security in the region.

Turkey has conducted six drilling operations in areas included in  Cyprus and it repeatedly blocked drilling operations by companies licensed by South Cypriot government. Furthermore, it signed a memorandum of understanding with the Libyan GNA on maritime zones exacerbating tensions with Greece, which considers the MOU as invalid.

“We are absolutely concerned about the developments both off the Cypriot coast and potentially in the Aegean,” State Department Assistant Secretary for European Affairs and Eurasian Affairs Matthew Palmer told a virtual meeting with Greek correspondents on the occasion of the provision of International Military Education and Training (IMET) assistance to South Cyprus, as part of the Eastern Mediterranean Security and Energy Partnership Act of 2019, that passed recently in the US.

He noted that the US has “made it very clear to Ankara that we consider what Turkey has been doing, the drilling operations, the MOU reached with the Libyan authorities, that we consider those actions to be unhelpful, counterproductive and not contributing to the stability and security.”

Palmer also reiterated that “we fully support the rights of the Republic of Cyprus to develop hydrocarbon exploration in its EEZ.”

“We believe that the international law is clear that islands such as Crete generally they carry EEZ the same way that continental landmasses do,” he said, adding that the US “has been clear about our expectations in our private messaging and in public about how we would expect everyone in the Eastern Mediterranean to behave and to support international law and to act in a manner that is conducive to security, and we have been quite clear in our conversations with our Turkish partners about our concerns.”

“We had conversations with our Turkish partners about that. But I do know that Turkey’s view, Turkey’s understanding of the legal frame is different than ours; it is different from Cyprus’, different from Greece’s, and different from most countries of the world. That is one of the fundamental underlying challenges and it is something that we will have to work to address with our friends and partners and allies. Trying to manage frictions and tensions in the Eastern Mediterranean,” he said.

But he made it clear that “this decision does not signal a change in the US position on a Cyprus settlement and the IMET activities will not affect settlement issues.

“We remain committed to reunify the island as a bizonal bicommunal federation, which we continue to believe offers the best chance for the people of Cyprus to have a more peaceful and prosperous future,” he went on to say, pointing out that the US is proud of its long-standing and successful IMET program throughout the region including Turkey and Greece.

The US is excited that Cyprus joins the list of partners, Palmer said.

Responding to a question whether he expects that expansion of military cooperation with Cyprus covers the provision on defense material, Palmer recalled that on April 14 President Trump delegated to the Secretary of State authorities provided in the Eastern Mediterranean Security and Energy Partnership Act of 2019 and the National Defense Authorization Act for Fiscal Year 2020.

“At this time, we continue to review all the tools that are available, including those related to current ITAR restrictions that will help to deeper security cooperation with the Republic of Cyprus. So, we are reviewing the tools; we are looking at things, but I don’t have anything to announce today,” he said.

Replying to a question by CNA, Palmer said he disagrees with comments suggesting that the EU has little interest in the Eastern Mediterranean and that it has transferred its role to Turkey.

On the lack of progress in the Cyprus problem, Palmer said he is not interested “in pointing fingers.”

“What we are doing rather is supporting efforts by the UN SG and the representative of the UNSG to take stock of the situation, to identify points of commonality, to the craft terms of reference that could serve as the basis for a renewed dialogue and I think I would focus on the positive nature of American influence on this issue, which is to be supportive of the UN, to be supportive of the Secretary-General, to work to encourage progress that would to bring the parties to the table.” 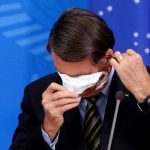 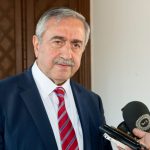 Akinci also reacts to the US military cooperation Agreement

Özersay: “Greek Foreign Ministry is trying to obstruct our contacts”