Tatar: US intention is Wrong The Prime Minister of the TRNC and leader of the National Unity Party, Ersin Tatar, called on the United States to behave in the same and equal way in both communities in Cyprus, commenting on the US intention to provide International Military Education , Training and Training (IMET) . .

he also said that the intention of the USA is “wrong” since it will increase the already incompatible attitude of the Greek Cypriot side.

Mr Tatar went on to say that the efforts of Turkey and the TRNC to protect their rights in the Eastern Mediterranean have angered some countries and are playing various games, noting that the Turkish Cypriotss will continue in this fragile and critical period for the Cyprus issue. to defend their rights, having Turkey as their trusted ally.

He also referred to the determination of Turkey and the TRNC to continue their plans regarding hydrocarbons and the opening of the enclosed city of Maras. 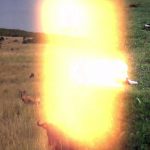 A Pack of Wolves Is Called a Wolfpack, So What Are Other Animal Groupings Called? 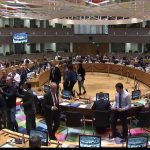 Decision day in the race for Eurogroup presidency