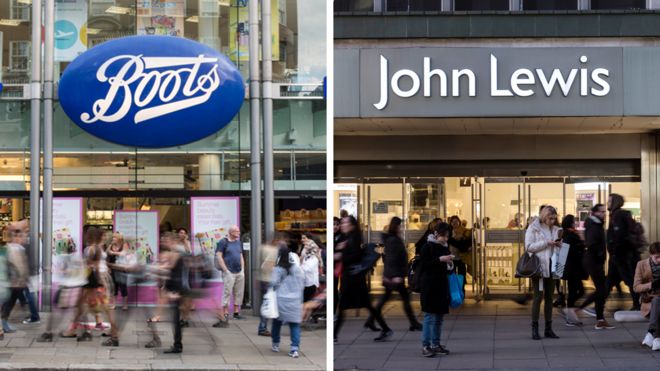 Boots has said 4,000 jobs will go, while John Lewis is shutting down eight stores, putting 1,300 jobs at risk.

The moves come amid warnings that new economic support from Chancellor Rishi Sunak will not be enough to stop millions of workers losing their jobs.

Mr Sunak admitted that he would not be able to protect “every single job” as the UK enters a “severe recession”.

Boots is consulting on plans to restructure head office and store teams and shut 48 Boots Opticians stores. It has not yet given details of which stores it is closing.

John Lewis said department stores in Birmingham and Watford will not reopen as the coronavirus lockdown eases. It also plans to shut down its At Home stores in Croydon, Newbury, Swindon, and Tamworth and travel sites at Heathrow airport and London St Pancras.

The announcements come a day after Chancellor Rishi Sunak unveiled a series of measures aimed at saving jobs, including a one-off £1,000 payment to employers for every furloughed employee retained to the end of January 2021.

The managing director of Boots UK, Sebastian James, described the latest cuts as “decisive actions to accelerate our transformation plan”.

John Lewis says some of its stores were in trouble before the virus struck, while Boots already had plans for a shake-up.

The crisis has forced them to speed up efforts to deal with the rise of internet shopping.

And just now they face the phasing out of the government-supported furlough scheme, starting next month.

One by one, retailers are revealing how many staff they will bring back into stores as the job subsidy is withdrawn.

Most Boots outlets remained open throughout the lockdown to provide pharmacy and healthcare services, but the firm said footfall had “dramatically reduced”.

The firm said sales in the third quarter had decreased by almost 50% at Boots UK and 70% at Boots Opticians.

“Restrictions are beginning to lift, but with an uncertain economic outlook, it is anticipated that the High Street will take considerable time to recover.”

Boots said last year that it was reviewing the size of its UK operations with the possibility that up to 200 stores could be closed.

John Lewis said the eight stores affected were already “financially challenged” even before the pandemic struck.

However, Covid-19 had caused customers to move more quickly towards online shopping and away from stores.

“However, we believe closures are necessary to help us secure the sustainability of the partnership – and continue to meet the needs of our customers, however and wherever they want to shop.”

Ms White said John Lewis would do everything it could to keep on as many people as possible.

John Lewis had warned in March it could close shops as a plunge in profits forced it to cut staff bonuses to their lowest level in almost 70 years.

“At this stage the closure is only a proposal, and one which I believe risks being a dreadful mistake,” he tweeted.

He added that his belief in its potential was “unwavering” and that he would be making the case for it to stay open.

The planned closure of John Lewis’s Watford store has prompted a petition to save it, which has been signed by 4,400 people so far.

Other John Lewis customers took to Twitter to vent their frustrations.

Gutted to hear that we are to lose our @jlpartnership store in Swindon is not opening again and that the fabulous staff will be losing their jobs. We visit nearly every week and I loved working as a temp there one Christmas. #johnlewis #swindon

Gutted @jlandpartners store closures. A store that has done well for my home town and the HUGE Birmingham store will leave a difficult to let shell (my Godson needs a new favourite shop). Except Watford all stores are less than 10yrs old.
There has to be a better way #johnlewis

John Lewis and Boots are the latest in a long line of companies to have made cuts during the pandemic. Other lay-offs announced include:

Unions and analysts have warned that the virus could mean millions of people end up out of work, warning that government incentives to save jobs was not large enough to persuade bosses to keep workers.

Len McCluskey, general secretary of the Unite union, said: “With no modification to the jobs retention scheme, that dreaded October cliff-edge for businesses and workers has now been set in stone.

“Our fear is the summer jobs loss tsunami we have been pleading with the government to avoid will now surely only gather pace.”

Chancellor Rishi Sunak himself told BBC Breakfast: “Is unemployment going to rise, are people going to lose their jobs? Yes, and the scale of this is significant.

“We are entering one of the most severe recessions this country has ever seen. That is of course going to have a significant impact on unemployment and on job losses.”

Lucy Powell, shadow minister for business and consumers, said the job cuts were “deeply worrying news for staff at John Lewis and Boots” and described Mr Sunak’s statement as “a missed opportunity to protect jobs with properly targeted support for the businesses and people that need it”. 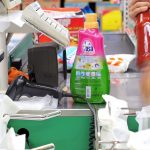 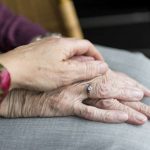