Washington has threatened Ankara with sanctions and suspended Turkey from the program to build and operate the latest F-35 jets last year after Turkey bought the S-400s, which the United States maintains are not compatible with NATO systems and threaten the stealth capabilities of the new fighter jets.

The United States has asked Turkey to sell S-400 missiles to a third party, to deploy them in another country or pledge in writing not to activate the system.

“One of the most beneficial scenarios that may be accepted by the three main parties is deploying the S-400 system in Libya in line with the security and military agreements between Ankara and Tripoli and after agreeing with Moscow and Washington,” Jasem said in an article penned for Daily Sabah.

Turkey and Russia support opposite sides in the Libyan conflict between the internationally recognized Government of National Accord (GNA) and the self-styled Libyan National Army (LNA), respectively.

“Since there is more at stake than just a missile system, Ankara wants to maintain a balance between Moscow and Washington, preferring not to risk its relations either side at the expense of the other,” Jasem said. 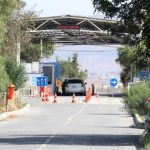 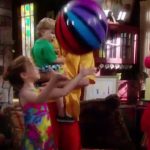