‘No signature in decision taken decision is invalid’

Özlem Gürkut, the President of the Turkish Cypriot Medical Association (KTTB), said that the fight against the pandemic was drawn to the legal ground with the decision of the Council of Ministers, and said, “We expect the upper committee to coordinate in line with the opinions and decisions coming from the committees to be established under the Law on Infectious Diseases.”

Demanding that decisions related to the pandemic should be produced in accordance with the data of the World Health Organization (WHO) and the European Union (EU) in line with the scientific data, Gürkut said,

The top committee, which convened last night under the Communicable Diseases Act, produced the same decisions.

The decisions reported to us have no validity. Our similar concerns continue. ”

Gürkut said, “The health system should reach the capacity and organization to treat patients.

We should open the borders by taking adequate measures…

This is our demand… ”

At the press conference held at KTTB, the lawsuit filed by the Union in the High Administrative Court, the decisions taken by the Council of Ministers yesterday, and the current situation were evaluated.

Pandemic treatment team was also present at the meeting.

Lawyers of the Union also took part in the press conference, Lawyer Öncel Polili and Lawyer Feyzi Hansel described the authorization of the Council of Ministers to manage the process as part of the Communicable Diseases Act as a delayed decision, saying that the decisions taken so far are against the law.

Lawyer Öncel Polili said, “Withdrawing the case is not a step back. With the cancellation of the Council of Ministers’ decisions, there is no lawsuit that we can take forward legally. ”

Lawyer Feyzi Hansel noted that the working procedure of the Communicable Diseases Supreme Committee, which will be competent in managing the pandemic process, is empty and the regulations are not made,

“4 members of the committee, which has 7 permanent members, are directly appointed by decree. “

The more the public expresses his expectations, the more guiding the science is, the more successful, binding and valid the decisions of the committee are.”

Stating that they made warnings that the pandemic process should be governed by the Republican Assembly under the law of Infectious Diseases, which was unanimously adopted in 2018, Gürkut said, “The fight against the pandemic of the TRNC was taken to legal ground. The Communicable Diseases Act was in force, but it was validated. ”

Gürkut recalled that by the decision of the Council of Ministers, as of July 1, TRNC had taken the decision to open quarantine to high-risk countries, also considered that the necessary preparations regarding the pandemic were not made and filed a lawsuit at the High Administrative Court on 29 June.

Pointing out to the decision taken by the Council of Ministers yesterday, Özlem Gürkut stated that he had canceled his decisions regulating the entries from high-risk countries. We have withdrawn the lawsuit that has no legal basis. ”

Expressing that they expect the high committee to put forward scientific-based practices by considering these, Gürkut stated that there are colleagues in the committee and said, “We have the expectation and demand to make more scientific, physician responsibility decisions.”

The High Contagious Diseases High Committee held its first meeting last night, Gürkut said that physicians were also invited to the committee meeting as prescribed by law, and the representative of the CTDB was there.

“THESE DECISIONS THAT WERE NOTIFIED TO US HAVE NO VALIDITY”

Gürkut shared the information that there are those who give opinions and have voting rights in the committee and continued as follows:

“The annulment of the decisions of the Council of Ministers meant the cancellation of entries without quarantine.

However, the top committee made the same decisions.

The decisions that were not announced after the meeting were shared with us later. Our colleagues who represented us here did not sign the decisions.

So the decisions we are informed have no validity. ”

“We expect the process to function as in the law.

We will be challenging.

We expect and demand that physicians make decisions based on science.

If we see serious difficulties or the process cannot work in this sense, we will do everything necessary.

KTTB demanded that the country should not be closed from the beginning, but it should be opened safely by taking appropriate measures.

We do not say, ‘Let the borders remain closed, no one should come and go’.

Pandemic continues in the world.

We expected the cases to be seen in the country.

It is safest to get our health system ready.

We have said this many times….

The borders should be opened by taking adequate measures. This is our demand… ”

Burhan Nalbantoğlu State Hospital noted that there will be a 3-hour warning strike with the demand of “completion of pandemic preparations immediately”.

“WE THINK THAT THE COUNTRIES SHOULD BE CATEGORIZED IN ACCORDANCE WITH THE SCIENTIFIC DATA AND A DYNAMIC FOLLOW-UP BY COUNTRIES.

Gürkut on the question of the risk assessment of the South and Turkey,

“We have not put out anything about the country.

The number of cases is increasing in Turkey. The control that has been provided a while ago is gradually losing… ”he said.

Özlem Gürkut stated that the top committee should follow the decisions of the World Health Organization and the European Union and that the countries are categorized according to the risks and that the borders should be opened with appropriate measures for these categories.

Criticizing the government and the Ministry of Health, Gürkut noted that the steps to be taken so far have not been taken and said, “Neither buildings, devices, alone can cure patients.”

We could not complete the devices that should be used in the diagnosis, treatment and follow-up of the patients.

So what did we do? We set up PCR Laboratory in Famagusta State Hospital, which we did not have before, and increased the respiratory equipment with purchases and donations of the Ministry of Health… ”

PANDEMIC TREATMENT TEAM IS IN 5 HOSPITALS. NO SYMPTOMS. GENERAL CONDITIONS GOOD. THEIR CONTACTS ARE FOLLOWED AT THE HOTEL ”

The doctors answered the question about the status of the cases.

5 positive cases currently detected in the TRNC are in Lefkosa. Burhan Nalbantoğlu State Hospital is receiving treatment in the neurology department for pandemics.

None of the patients had symptoms. General health conditions are good. The contacts are followed at the hotel.

Lawyer Öncel Polili said, “Withdrawing the case is not a step back. The case was for the annulment of the decisions of the Council of Ministers.

The Council of Ministers produced a cancellation decision on the issues we requested and asked the court to order. There is no lawsuit that we can take forward legally. ”

Stating that the decisions of the Council of Ministers are unlawful, Öncel Polili said, “They made decisions as in the dictatorship countries with the simplest definition.

After this case, they understood that a decision should be made in accordance with the Communicable Diseases Act. As a citizen, I thank KTTB. ”

“Wouldn’t the Council of Ministers make such a decision if this case was not filed?” On the question, Polili replied, “It seems so.”

Attorney Feyzi Hansel evaluated the process by taking the floor at the press conference.

Hansel said, “It is not pleasing to return to the law after 4 months, we cannot applaud this. We cannot thank them either.

Our country has carried out this process illegally. Many of the decrees and legislative decrees were unlawful,

but with the needs, problems, and tolerance of the citizens, these were not even a matter of debate.

Everyone tried to comply with the decisions. ”

Noting that they expect the High Committee of Communicable Diseases to carry out the pandemic process, he said, “The top committee should have a working procedure.

Six is ​​empty. The regulations are not made.

Appointments can also be the subject of discussion. 4 members of the 7-member committee are directly appointed by a decree. The minister may be the head of the ministry, but the head of this committee is undersecretary. 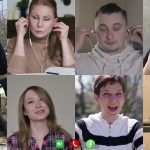 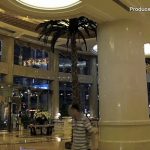