Stating that it was wrong for Prime Minister Tatar to question the case opened by the Medical Association,

Derya said, “The prime minister of this country has insulted the doctors. Who made decisions that would put public health at risk. Our country is in the hands of gambling lobbies. ”

“I am ashamed of the decisions you made. ” 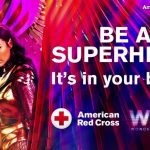 Wonder Woman Teams up With American Red Cross for Donation Relief During COVID!