German biotech company CureVac, which is developing a potential COVID-19 vaccine, has secured a 75 million euro loan from the European Investment Bank to boost its manufacturing capacity.

The company, which is planning an initial public offering in the United States this month, said on Monday the loan will help it invest in its so-called messenger RNA approach technology and help it speed up construction of a fourth production site at its headquarters in Tuebingen, Germany.

It is the second injection of new funding for the company in as many months after the German government invested 300 million euros in a 23% holding in the firm in June to aid the development of its COVID-19 vaccine.

CureVac, backed by the Bill & Melinda Gates Foundation, is a pioneer in the so-called messenger RNA approach, which is also being pursued by BioNTech and its partner Pfizer as well as Moderna.

RNA molecules are single-stranded versions of the DNA double-helix. Thanks to their recurring molecular pattern, they can be produced in a relatively simple biochemical process that do not require genetically modified living cells, which are needed to produce most other biotech drugs.

“We are looking forward to expediting the completion of our industrial-scale production site to provide critically needed supply of innovative mRNA-based vaccines,” CureVac’s Chief Financial Officer Pierre Kemula said in a statement.

The financing will be provided in three 25 million euro tranches upon completion of pre-defined milestones.

CureVac has started a phase I clinical trial of an experimental coronavirus vaccine in Germany and Belgium and has said the first meaningful results could be available by September or October. 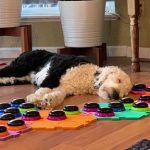 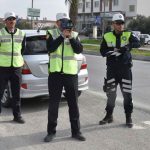 From heatwave to isolated showers and storms over 3 days