Barbaros: Our only goal is the Checkpoint 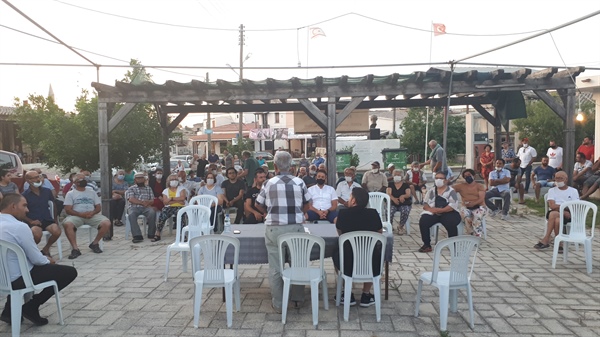 The villagers of Akıncılar (Lurucina), who wants to open an official Checkpoint to Southern Cyprus, held the mass meeting last night.

According to the information provided by the committee, a meeting was held at Akıncılar last night with the request of opening an official Checkpoint to Southern Cyprus. In addition to the villagers living in Akıncılar, the Poeple who lived in different parts of TRNC also attended the meeting, which started at 19.00 in the village square. Mayor Hasan Barbaros made the opening speech of the meeting.

BARBAROS: “OUR TARGET IS
THE Checkpoint” Barbaros emphasized that the only goal of the organization that started on social media was to open an official Checkpoint from Akıncılar (Lurucina) to Southern Cyprus.

Stating that the village is a dead-end street and Barbaros said that this struggle will continue until the result.

EĞMEZ: “We will boycott the elections if necessary”
In his speech, Village Muhtar Mustafa Eğmez stated that this road is long and difficult but they are determined to do everything necessary until the Checkpoint is opened.

“We will boycott the elections if necessary,” said Eğmez, that they held a series of meetings with political authorities, and that “Checkpoint” focused talks will continue after the committee is elected. Eğmez stated that the results will be achieved with the support of the people living in the village and the Lurucinians living outside the village and abroad.

COMMITTEE FOR 30 PEOPLE
At the meeting, a committee of 30 people was formed, in which the mayor and the muhtar are members.

The committee will hold its first meeting on Sunday (July 12th) to determine the roadmap of the fight for opening official Chekpoints from Akıncılar to Southern Cyprus. The meeting will take place in Akıncılar Municipality.

Midnight statement from the Ministry of Health 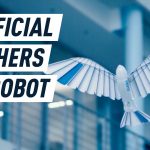 Robot birds, each lighter than a golf ball, can fly autonomously in a flock for up to 7 minutes