Turkey’s Mediterranean coast has had the lowest number of deaths per 100,000 population due to the COVID-19 coronavirus since the global pandemic took hold in the country in March, according to a Health Ministry report made public on Thursday.

The Mediterranean coast’s 1.2 deaths per 100,000 population were followed by 1.3 and 2.1 deaths in mideastern and central Anatolia regions, respectively.

Low number of cases in the Mediterranean could encourage tourism at a time when the country desperately needs it to bounce back from the pandemic’s harsh impact on the economy.

As two of the most popular tourist destinations, Antalya in the Mediterranean region and its neighbour to the northwest, Muğla, recorded 1.4 and 0.7 cases per 100,000 population between June 21 and 28, which is the most recent day the report has data on.

However, Turkey was excluded from the European Union’s list of countries for safe travel, as the European Council deemed Turkey’s containment of the coronavirus worse than the EU average.

Men died at close to double the rate for women, with 62 and 38 percent respectively. Despite comprising only 11 percent of COVID-19 patients, 70 percent of people aged 65 and older did not survive.

The southeastern Gaziantep province, along Turkey’s border with Syria and home to large local Kurdish and Arab populations as well as one of the densest Syrian and other refugee populations in the country, recorded 25.7 cases per 100,000 people in the last seven days – the biggest current outbreak in the country.

Central Anatolian Konya province has the second highest incidence rate, with 23.9 cases per 100,000 people recorded in the last seven days, possibly due to many factories in the agro-industrial province remaining open throughout the pandemic with special permits.

Between March 11, when the first official case was recorded, and July 2, Turkey suffered 5,167 deaths out of 202,284 cases. There are currently 1,067 people still in intensive care units, with 372 patients intubated.

Since starting to ease restrictions on June 1, the country has seen a consistent rise in daily diagnoses, with between 1,000 and 1,500 cases recorded every day since June 11.

The Ministry report does not include further data on provinces, which has been criticized by medical professionals and organizations since the outbreak first began.

On the last day included in the report, June 28, Turkey ranked 12th in the world and fourth in Europe for the total number of cases, and first in Europe for daily confirmed cases. 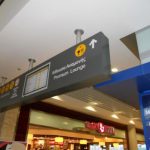 Eight arrivals in Paphos from Israel and European destinations 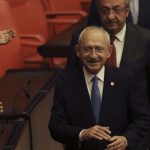