Özersay: Rules for entering the country have not been lifted (Update)

Özersay, who made a statement on his personal social media account, said, “The Ministry of Health will announce details by publishing a circular under the Communicable Diseases Act tonight.”

Kudret Özersay made the following statements in his post:

“The rules for entering our country have not been abolished. The Ministry of Health will announce details by publishing a circular under the Communicable Diseases Act tonight. The country categories and entry rules that we published as a decision of the Council of Ministers some time ago and the rules of transition to the south will be detailed and published tonight by adding the changes that the Ministry of Health will deem necessary. ”

In a statement made today from the Prime Ministry, he declared that the decisions taken regarding the entry to the country and the transition to Southern Cyprus were canceled and that the Coronary Virus disease was “Hazardous Infectious Disease” under the Communicable Diseases Act.

On the other hand, it was noteworthy that the decision in question was taken “hurriedly” before the hearing of the Turkish Cypriot Medical Association (KTTB) against the “July 1 decision”.

As it will be remembered, KTTB filed a lawsuit on June 28 at the Supreme Administrative Court demanding ‘cancellation of the decisions of the Council of Ministers and the suspension of execution of 1 July, which enables quarantine access.’

The case in question was held on Monday, July 6 to allow the prosecutor’s office to file an appeal; that is, postponed to tomorrow.

The government declared the virus as a dangerous infectious disease in the Turkish Republic of Northern Cyprus, in accordance with Article 39 of the Law , after the 120-day period, by running the Law on Infectious Diseases related to coronavirus disease one day before the law, “the government Is he preparing against him? ”he brought with him questions. 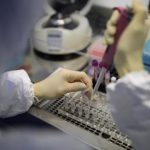 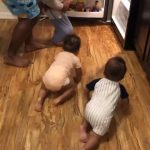