Oğuz also stated that water cuts are not expected before the water flow starts again and the water network has started to be fed from domestic sources.

Oguz, Turkey has started to manufacture pipes for the repair  the water pipe between the TRNC, the company related to the installation of the pipes has that made sea exploration, “

Stating that supplementary water has been started to be supplied to the network from Kumköy Water Facilities in Güzelyurt and water shortage is foreseen, Oğuz said, “We have a meeting with the Union of Municipalities and it is foreseen that there will be no water cut in this meeting”.

Stating that the cost of repairs in the water pipeline is 518 million TL, Oğuz made an assessment regarding the cost of water treatment from the sea.

its cheaper than sea water treatment, resulting from a seawater desalination plant in Famagusta, a ton of water costs 6.7 TL (0.98 dollars), while the cost per ton of water from Turkey 2.3TL, Oğuz stated that besides the cost, waste is generated in the water treatment process from the sea and chemicals are used and these have negative effects in the long run.

Oğuz noted that “a study was initiated for the use of water from the waste water treatment plant in Famagusta production”, and that it is thought to direct the waste water in order to grow feed plants for animals in the Güvercinlik Areas. Oğuz stated that for this purpose,construction is foreseen in the treatment plant area, the study is still at the project stage.

Noting that the water level in Çanakkale has increased with the water coming from the Köprü and the wastewater treatment plant in Famagusta, Oğuz noted that the transport channels will be modified for the discharge of water.

Oğuz reminded that the beekeepers’ association was analyzed by taking samples from 15 different brands of honey at the request of the Beekeepers Association and 5 of them were found to have high HMF (hydroxymethyl furfurol) value, which may have negative effects on human health, and the increase in HMF value was experienced when the heat treatment performed to prevent honey crystallization was not done correctly,
He noted that the amount of HMF should not exceed 40 milligrams per kilo.

In the analysis, Oğuz said that the honeys of many brands are below 40 milligrams and even the amount of HMF is 27 milligrams, and this shows that the heat treatment can be done correctly.

Oğuz noted that all honey sent to the analysis is domestic production, and that honey import is forbidden, 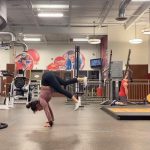 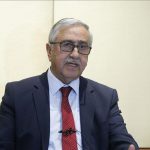