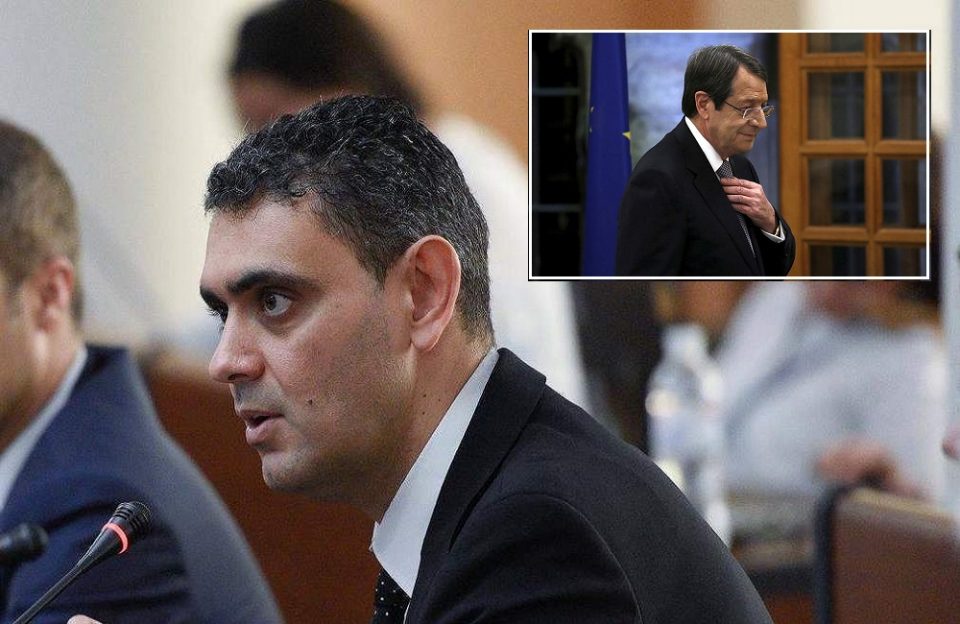 The question has been raised in recent days as to whether Nicos Anastasiadis has the right to run for South Cyprus president again in the 2023 presidential election, as Mr Anastasiadis is already in his second term.

According to an article by Dr. Costas Paraskeva (a member of the Legal Think Tank “State of Law”), the issue is of particular interest since, despite the fact that the ruling party has not yet been placed, the President of the largest opposition party is said to have the opinion that the legislation passed for both terms, it has no retroactive effect and therefore legally Mr. Anastasiadis could be a candidate again. The allegation of the non-retroactive effect of this legislation is of course not further explained.

However, according to Mr. Paraskevas, such a claim cannot be accepted without any serious hesitation.

Following is an article by Mr. Paraskevas, in which he develops his concerns on the subject:

Article 13 of the Thirteenth Amendment to the Constitution, L.160 (I) of 2019, amends Article 40 of the Cypriot Constitution and introduces an additional barrier to eligibility which was not originally included in the 1960 Constitution. In particular, electoral barriers of Article 40 there was initially no term of office for the position of PD. According to the preamble to Law N.160 (I) / 2019, it was deemed necessary “to set a maximum term for these positions for the purpose of strengthening democratic institutions, renewal, and modernization in public life, as well as to avoid the establishment of an establishment”.

In light of the above amendment to the Constitution, the question has arisen in recent days as to whether the current PDP has the right to run again for the presidency of the Republic in the 2023 presidential election since Mr. Anastasiadis is already in his second consecutive term. his term. The issue is of particular interest because, despite the fact that the ruling party has not yet taken a stand, the leader of the main opposition party is said to be of the opinion that the legislation passed for the two terms has no retroactive effect and is therefore legal. Mr. Anastasiadis could be a candidate again. The allegation of the non-retroactive effect of this legislation is of course not further explained. However, such a claim cannot be accepted without acceptance and without serious hesitation.

The purpose of this note is to express some concerns, in relation to the position which is put forward, that the relevant amendment of the Constitution, which aims to determine the maximum term of office, has no retroactive effect. It is noted that the issue of “compatibility” of a new candidacy by Mr. Anastasiadis with the high expectations of the reviewing legislator, as they are expressed in the preamble of Law 160 (I) / 2019, for renewal and modernization in public life, as well as Avoiding the creation of an establishment is something that escapes this discussion.

From the outset, it should be noted that the purpose of the revisionist legislature in the Tenth Third Amendment to the Constitution to set a maximum term of office is only partially achieved. It follows from the wording of the revised provision that it does not fully reflect the purpose set by the preamble for setting maximum term limits. This is because, in fact, there is an obstacle in the way of electability in a person to run only if he has continuously served in the office of the PTA “immediately two previous terms”. In other words, there is no limit to how many people can run for office and run for president more than twice. The limit is that the same person cannot be elected to the position of PTA for three consecutive terms,

Coming now to the claim that the relevant amendment to the Constitution has no retroactive effect, it should be noted that the Cypriot Constitution explicitly prohibits the retroactivity of laws in two cases. Article 12.1 stipulates that “No one shall be held guilty of any penal offense on account of any act or omission which did not constitute a penal offense, under national or international law, at the time when it was committed. law. At the same time, according to Article 24.3 “No tax, fee or levy of any kind shall be levied retroactively.”

Therefore, since the retroactivity of laws is expressly prohibited only in these specific cases, one can reasonably argue that it can be allowed in other cases. In such a case, the constitutionally guaranteed fundamental rights and freedoms must be respected, as well as the principle of the justified trust of the commander (inextricably linked to the principle of the rule of law), according to which the state is not allowed to overturn legal situations. which he created with his actions and which the commander justifiably trusted. In short, if there is no other constitutional barrier, the retroactive effect of the law should be considered possible.

In the case under discussion, it cannot escape our attention that the Law N.160 (I) / 2019 amends the constitutional provision that exclusively lists the qualifications and obstacles of the eligibility of the PTA. In other words, we do not have the addition of a further restriction of eligibility by a common law passed by the Parliament, which is not allowed. Law N.160 (I) / 2019 expresses the will of the reviewing legislator as it has been captured through the strict review process explicitly provided for in the Constitution. Therefore, the recommendation for non-retroactive effect “of the legislation passed for the two terms” does not seem to take seriously that this is an amendment to the Constitution itself and therefore there can be no question of a “constitutional barrier” if it is now constitutional provision.

On the other hand, the very concept of retroactivity is also interesting. Retroactivity of law is referred to in cases where events, relationships or situations that have occurred in time before the publication of the law are regulated. Thus, retroactivity exists when the law regulates events, relationships or situations that occur in the past. Article 40 of the Constitution stipulates that the barriers to eligibility for election to the office of the PTA must not exist “at the time of the election”. In particular, the new eligibility barrier introduced by the Amendment to the Constitution, that is, that a person may run for office if he / she has not “served continuously in the office of President or Vice President of the Republic” for two consecutive terms “must not exist” over time of the election “.

It is worth noting that the right to run in elections is enshrined in Article 3 of the First Additional Protocol to the ECHR and is of paramount importance in establishing and managing the foundations of a true democracy governed by the rule of law. However, this right is not absolute and the discretion of the Member States of the ECHR in this area is broad. The conditions under which a person is entitled to run in an election shall not limit that right to the extent that it offends its very nature and deprives it of its effectiveness. These conditions must pursue a legitimate aim and the means used must not be disproportionate. Also, Once the election of the people is freely and democratically expressed, no subsequent amendment to the electoral system can challenge this choice unless there are compelling reasons for democratic order. In order to impose any restrictions, it is important to respect the justified trust of the commander, the existence of an imperative discourse for the democratic order as well as the avoidance of his surprise measure.

The purpose of this note is not to prejudge in any way the decision of the competent courts if and when they are called upon to rule on the matter. On the other hand, the abasanist approach that the legislation passed for the two terms does not have retroactive effect cannot go unnoticed. 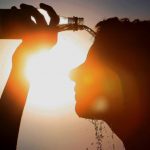 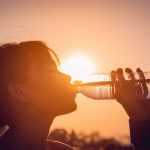