Citizens are worried about being infected and increase their measures according to the experts’ suggestions.

According to the PCR test results made at the entrance to TRNC after the arrivals from abroad to our country, our positive case number increased by one more person and became 4. It was stated that the person in question was a Kazakhstan national. On the other hand, there was confusion yesterday morning in the quarantine section of the hospital, and it was claimed that a person who was thought to be a ‘positive case’ was taken to the center by ambulance. Upon understanding that the wrong person was taken to the center, the person was taken back.

About 150 people who came to our country by air yesterday were taken to the quarantine hotel by bus. After waiting there for 2 hours, 50 people were left out because the rooms were full.

The problem was solved when the Ministry of Health official stepped in and found a new place.
TOURISTS WILL WAIT THE RESULTS AT THE HOTELS…

After the chaos in the quarantine hotel, the Prime Ministry made a new decision in order to carry out the tourism activities on a safe and healthy ground.

In the statement made by the Prime Ministry, it is stated that the tourists with hotel reservations, who will enter the country, will wait at the hotel where they await the test results after the PCR tests are done in TRNC.

The pandemic panic, which we experienced months ago, again surrounded everyone, with the arrival of international arrivals in our country.

Our number of cases increased by one more yesterday to 4. The decision to enter the country without quarantine, which includes the condition that passengers should be isolated in their accommodation until the PCR test results made in the TRNC, has been changed due to non-compliance with this rule.

Accordingly, it was decided to keep all the passengers coming to the country in quarantine centers until the test results are available.

However, this time, the occupancy problem started in the quarantine hotel.

The passengers who came to our country quickly moved to another place because the rooms were filled in the hotel where they were taken.

The confusion has not been ended with this either… According to the claim, one of the cases that were found to be ‘positive’ as a result of the PCR test was taken by an ambulance to Lefkoşa. was taken to the State Hospital, but when the passenger who was thought to be a ‘positive case’ was found to be the wrong person, he was taken back from the quarantine center.

Kudret Akay’s share of his experiences on social media is as follows:
“Yesterday evening we arrived at Ercan with a 00.50 Istanbul plane. Probably between 2-2.30. There is no problem in Ercan. They are very well organized. Moreover, we came with our little dog, and the Veterinarian Department came to the area at that hour and carried out the procedures very quickly. Both healthcare professionals, customs officials, immigration officials completed the transactions in Ercan without any problems. However, things changed when we arrived at the hotel where we will go to quarantine by bus.

I shot and shared his short video. More than a hundred people standing in front of the door at least 2 hours in line and after waiting outside, the hotel attendant said that the hotel was full at around 6 am.

Fortunately, the friend of the Ministry of Health, who was there, arranged a new bus and hotel in a short time, I think more than 50 people.

A complete lack of organization is this part of the business.

The number of passengers coming by plane is certain, the bed capacity of the hotel is certain, but I think it is another skill not to compare the two.

The process from Istanbul to the hotel after departure is a whole.

The Cyprus leg of this is a whole adventure in itself.

Memory is always selective and often the chosen part is the most unusual of what happened.

The organization in Ercan was excellent. Health, Immigration, Customs staff members of the veterinary department that came there at that time, all did their job perfectly, completely and quickly.

However, almost not one of the passengers taken to take off that plane and taken to the quarantine hotel will remember the good working part of the adventure.

Because the good part was as usual. Unusual was the subsequent incompetence.

Unfortunately, it will be an extraordinary part of the adventure that may be more than 150 passengers will remember.

In summary, we sincerely thank the employees of Ercan, but we condemn those responsible later. I must also thank the Ministry of Health officer who took the initiative at that time and moved us to another facility, since the first hotel did not have sufficient capacity.

If I don’t remember wrong, Ramadan was a gentleman. ” Unusual was the subsequent incompetence. 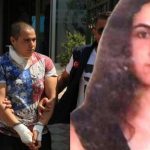 20 years in prison for killing his pregnant sister