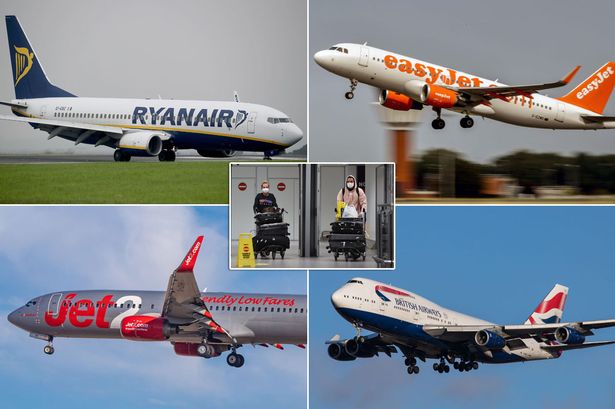 The airlines have been forced to make the decision after the Greek government extended its ban on flights from the UK until July 15.

Greece had had previously said it would resume flights between the two countries on June 15.

But officials later reversed this decision and delayed the reopening until July 1.

Flights will remain restricted even after Greece reopens its borders to international visitors on Wednesday.

The policy was agreed at a meeting of government officials chaired by prime minister Kyriakos Mitsotakis.

He said: “The whole opening procedure is dynamic and the data will be continuously evaluated.”

Following the news TUI canceled holidays and flights to Greece for thousands of customers along with Jet2, Ryanair, British Airways and easyJet.

An easyJet spokesperson said: “Following today’s announcement by the Greek authorities, we will being reviewing our flying schedule and any customers whose flights are required to be cancelled as a result of any restrictions will be notified and informed of their options which include a free of charge transfer, a voucher for the value of their booking or a refund.”

TUI announced they would be resuming holidays to eight destinations from July 11 following the coronavirus lockdown.

Brits were due to fly to Corfu, Crete, Kos and Rhodes from TUI’s three biggest UK airports, Gatwick, Manchester and Birmingham.

But a spokesperson for TUI said: “In accordance with updated advice from the Greek Government, our planned flights to Greece between 11-14 July won’t go ahead.

When we announced our plans to re-start summer holidays, we always said they were subject to Government guidelines. We’ll continue to monitor these and update our holiday programme as needed.”

Passenger who did not accept the quarantine, denied Entry

Tatar made a call to Greek Cypriot Administration and EU