Deputy Prime Minister and Minister of Foreign Affairs Kudret Özersay announced that the checkpoint of Ledra Palace will open for crossings as of tomorrow.

Özersay’s statement is as follows:

As a result of the evaluation we have made as a government, we have decided to open the Ledra Palace Checkpoint, which we have allowed only the passage of diplomats since June 22, as of tomorrow (July 1), pedestrian crossings of individuals from 08:00 in the morning and 20:00 for now. The transition rules that we have explained will be valid here as well.

The rules for passing through land Checkpoints in general will be implemented as follows:

– Passengers from group A countries will be able to use all open land Checkpoints if they present a negative PCR test as a result when entering our country (valid for 72 hours).

– Passengers from group B countries are required to use the Metehan Checkpoint to which they will be subjected to the second test if they present a negative PCR test as a result of 72 hours of entry into our country.

– Passengers from C group countries should use the Metehan Checkpoint to be taken to the centers where they will have a 14-day mandatory quarantine period if they present a negative PCR test as a result of 72 hours of entry into our country.

It is announced to the public with respect. 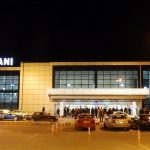 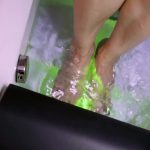 Keep It Cool! Here Are Alternate Ways to Beat the Heat With No A/C!