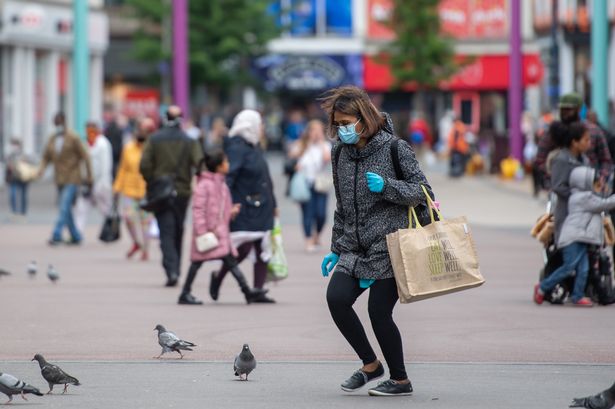 The UK’s first full local lockdown has been announced in Leicester, with stricter measures imposed in the city.

Non-essential shops have shut, and schools will close for most pupils on Thursday because of a rise in coronavirus cases.

The loosening of restrictions for pubs and restaurants in England on Saturday will also not be taking place there.

The health secretary said measures would be enforced by police “in some cases”.

Matt Hancock said the city had “10% of all positive cases in the country over the past week”.

It comes after the city council reported 944 positive tests in the two weeks to 23 June – about one in 16 of the total UK cases during that period.

The health secretary told the House of Commons on Monday evening: “We recommend to people in Leicester, stay at home as much as you can, and we recommend against all but essential travel to, from and within Leicester.”

He said the new local measures would be in place for at least two weeks, but kept under constant review.

Mr Hancock said Leicester’s seven-day infection rate of 135 cases per 100,000 people was “three times higher than the next highest city” and admissions to hospital were between six and 10 per day – compared to about one a day at other trusts.

He said “targeted action” at factories, workplaces and schools over the past 10 days had not worked, meaning stronger measures were needed.

“We’ve been taking this highly localised approach but unfortunately that targeted action wasn’t working in Leicester and that’s why we have taken this much broader measure,” he said.

The relaxation of shielding measures on 6 July – which will allow the most clinically vulnerable to spend more time outside – will also not take place in the city.

Mr Hancock said schools were being closed to help slow the transmission of the disease and parents in other areas should not have any fear about continuing to send their children to school.

The health secretary told BBC Breakfast there had been “an unusually high incidence” of coronavirus among children in Leicester since increased testing began in the city 10 days ago.

Closing schools on Thursday rather than immediately was “for practical reasons” such as parents needing to find childcare, he added.

Five schools have closed since the beginning of June due to the number of Covid-19 cases and the wider closures will affect most pupils, but children of “critical workers” and those classed as vulnerable will still be able to attend.

Suburbs of Leicester, such as Oadby, Birstall and Glenfield, will also be affected by the stricter measures.

Leicester City Council said the latest figures obtained by the authority showed that 3,216 Covid-19 cases have been confirmed in the city since the start of the epidemic.

“Of these, 944 cases were reported in the last two weeks,” a spokesman said.

“These figures include the number of patients and staff testing as positive in hospitals and positive cases identified in testing centres.”

Mayor of Leicester Sir Peter Soulsby said the measures imposed by the government were “stricter than we anticipated but we understand the need for firm action”.

He questioned whether a local lockdown should have been imposed earlier, adding: “If as seems to be the case, the figures suggest there are issues in the city, I wish [the government] had taken a more speedy decision.”

“[The government] are clearly determined to start with the maximum, as it were, to see how it works and then perhaps to use the learning from this in other areas I have no doubt will follow.

“I can understand it from [the government’s] perspective – they are entirely convinced that the level of the transmission of the disease in Leicester is at a higher level than I think the figures show.”

Leicestershire County Council leader Nick Rushton said “protecting residents is our main concern” and added it “makes sense to step up restrictions in areas closer to the city”.

“It’s like we’re going back to March, that was the shocking thing,” she said.

“Closing schools, closing shops again. It’s scary, it just shows how a second wave can be not far off.

“Obviously safety comes first, I understand that, we all do. [But] it seems very strict. As the mayor said, has Leicester been singled out now they’re getting more cautious?”

Blake Edwards, owner of Flappers and Gentlemen salon, said he was “devastated” by the news.

The hairdresser was ready to reopen on Saturday but will now remain closed “with no new date in sight”.

“It’s going to be really tough for the clients too,” he said.

“Time is running out [for the business now], we’re going to need more support.

“Even though the staff is being furloughed, rent still needs to be paid, all the other bills still need to be paid.

“We don’t know what the next 12 months are going to be like.”

Leicester’s Highcross shopping centre tweeted on Monday evening that “only essential retail stores”, alongside “restaurants and cafes offering takeaway or delivery” services, would open on Tuesday.

“The impact of coronavirus hit us on 23 March, we closed for 10 weeks, and then opened again on 15 June – it’s been one long slog,” he said.

Mr Parmar said he “completely” understood why a further lockdown would be needed, but said his customers were “very, very scared because it’s closer to home than we realised”.

Mr Hancock said the government had also “agreed further measures” to tackle the outbreak in Leicester:

He said the government was “still getting to the bottom of” the potential reasons why the outbreak had occurred.

If there is one thing that has become clear during the pandemic, it is that the quicker action is taken the better.

Given the scale of the outbreak in Leicester that has emerged, it therefore comes as no surprise that the government is taking tough action.

But the question that is being asked behind the scenes is whether it took too long to spot the scale of the outbreak.

One of the concerns about the test and trace system is how quickly data gets passed from the national team to local officials.

The national team passes on plenty of cases – any complex cases involved care homes, schools and prisons are automatically transferred.

But what local authorities are not getting quickly are comprehensive details about individuals who test positive.

It means opportunities to spot trends and clusters early may be being lost.

It is now clear cases in the city have been growing for a few weeks.

That at least raises the concern that the outbreak has been acted on later than it should. If that is the case, it is important lessons are learned because it is highly likely there will be more flare-ups like this in the coming weeks and months.

Speaking after Mr Hancock in the Commons, shadow health secretary Jonathan Ashworth said: “We were alerted to the situation in Leicester 11 days ago.

“If we are – as a nation – to ease from lockdown smoothly, then those areas that do see flare-ups will need greater speed in the response, otherwise we risk no moles getting whacked.”

Leicester West MP Liz Kendall criticised the government for being “too slow” to liaise with the city council, and added: “Over [the] last few days there have been off the record briefings leaving people anxious and confused.”

Lessons must also be learnt from the handling of Leicester spike. Govt was too slow getting Council even basic postcode data which is essential to tackling the problem. And over last few days there have been off the record briefings leaving people anxious & confused 3/4

Meanwhile, South Leicestershire MP Alberto Costa said he was working to get “necessary clarity” over the areas affected by the localised lockdown.

Hinckley and Bosworth MP Dr Luke Evans also said he was “waiting for the official map of [the] lockdown area”.

Dr Bharat Pankhania, a former consultant in communicable disease control at Public Health England, told BBC Radio 4 the situation in Leicester was “a reflection of a premature lifting of lockdown measures” which were “not strict enough in any case”.

“Where you have a background level of circulating virus plus a susceptible population – one that has never had this infection before – they’re all sitting targets,” he said.

“It is well overdue that we have local control for local outbreaks because going forward six or nine months we will have such outbreaks in Manchester, Birmingham, other big cities, so it’s better to grease up and oil the machinery of local responsiveness.” 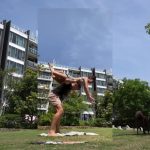 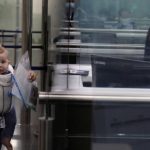