The world now has more than 10 million cases of COVID-19 and half a million have died from the illness. In six months battling the disease, doctors have adapted strategies and won knowledge of how to treat patients, including a clearer grasp of side effects and greater understanding of ways to help those struggling to breathe.

Yet much remains unknown. Scientists are only starting to grasp the vast array of health problems the virus causes, such as attacks on many organ systems, making recovery slow, incomplete and costly.

“If the best lesson we’ve learned is to turn patients on to their stomachs instead of their backs, it means we’re far from a miracle cure,” said Valory Wangler, chief medical officer at Rehoboth McKinley Christian Health Care Services in Gallup, New Mexico, referring to a strategy to relieve pressure on the lungs and stave off mechanical ventilation.

Fighting fit to invest in the future

Prime Minister Boris Johnson will set out plans on Monday for a 10-year rebuilding programme for schools in England, part of government efforts to help Britain “bounce back” from the crisis.

Rebuilding schools, which have suffered years of government spending cuts, will be his first step, with funds targeted at the buildings in the worst condition, particularly in England’s northern and central regions.

Keen to demonstrate his own return to health, Johnson did some press-ups to show he was “as fit as a butcher’s dog” in an interview with the Mail on Sunday newspaper, just months after fighting for his life in hospital against the virus. “The country is going to bounce forward, and I certainly feel full of beans. Never felt better,” he said.

China’s military has received the green light to use a COVID-19 vaccine candidate developed by its research unit and CanSino Biologics after clinical trials proved it was safe and somewhat efficient, the company said on Monday.

The Ad5-nCoV is one of the eight vaccine candidates being developed by Chinese companies and researchers approved to be moved into human trials for the respiratory disease caused by the virus. It has also won approval for human testing in Canada.

China is a major front-runner in the race to develop a vaccine, which has to prove its effectiveness in a “Phase 3” human test involving thousands of participants before being cleared for sale.

California ordered some bars to close on Sunday, the first major rollback of efforts to reopen the economy in the most populous U.S. state as cases nationwide soar to record levels. Governor Gavin Newsom’s order follows Friday’s moves by Texas and Florida to do the same. 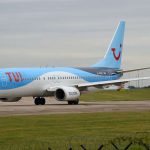 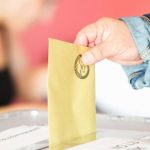 Number of Cases increased to 64! there is no room left in the pandemic hotel!