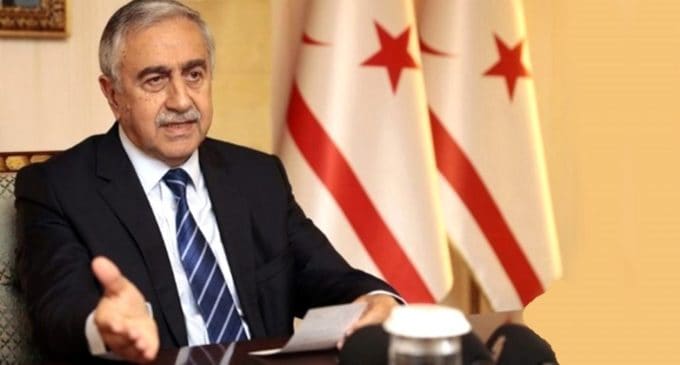 Experts highlight domestic politics in Turkey and its aggressive attempts to contest energy resources in the broader eastern Mediterranean as key motivators behind the Turkish government’s support for Tatar. Such support may, however, be misguided.

“Every time Ankara openly supports a candidate, that candidate loses,” Rebecca Bryant, professor of cultural anthropology at Utrecht University and co-author of the forthcoming book “Sovereignty Suspended: Building the So-Called State”, told Ahval. “The vast majority of Turkish Cypriots, and this includes especially people who might otherwise be considered to be nationalist, dislike the AKP and everything it stands for.”

“This is largely because Turkish Cypriots are fundamentally secular and Kemalist. Indeed, the one thing that unites left and right in Cyprus is a great respect for Atatürk and a basic belief that Erdoğan is trying to destroy everything that Atatürk stood for,” she said, referring to the late founder of the Republic of Turkey, Mustafa Kemal Atatürk, and his secularist ideology, Kemalism.

The KKTC is an isolated political entity in international politics.

Cyprus’s EU ascension pointedly noted that while the territory of the KKTC is not under the effective control of the Republic of Cyprus, the entire island is considered an EU member under the authority of the Greek Cypriot government.

Political changes over time in Turkey and the KKTC are challenging the status quo. Under the leadership of President Recep Tayyip Erdoğan, Turkey has sought greater foreign policy independence from the West and he owes his continued rule to support from nationalist elements in domestic politics. On Cyprus, generations of separation between the Greek and Turkish communities have altered citizens’ perceptions of the frozen conflict.

At first glance Ankara’s support for Tatar over Akıncı is understandable. “Tatar is pre-partition, an Erdoğan ally, and thinks of Turkey as the motherland. Akıncı is pro-reunification, although I feel he is moving away from this position lately and envisions much less dependence on Turkey in the future,” Sibel Oktay, assistant professor of political science at the University of Illinois at Springfield, told Ahval.

Despite the clear motivations behind Ankara’s involvement in the elections, a closer look at KKTC politics calls Turkey’s calculus into question.

With Turkey cut out of regional cooperation on the development of undersea gas fields, Ankara is sending drilling ships with naval escorts into contested waters.

But Bryant questions whether Turkey’s support for Tatar over Akıncı was connected to Turkey’s intent to secure control of some of the region’s hydrocarbon spoils.

She said Turkey had not reversed its stance on peace negotiations; Ankara continues to prefer a negotiated settlement. What is evident, she said, was that “there is a widespread belief amongst Turkish politicians and the Turkish Cypriot public that since the Republic of Cyprus became an EU member the Greek Cypriot side does not have enough incentive to make compromises in order to reach a solution.”

In this context, Turkish Cypriots may believe the hydrocarbon issue can be leveraged as an incentive for talks. Bryant also said the rhetoric calling for alternatives to reunification, such as confederation or a two-state solution, is intended both to strengthen the economic and political viability of the KKTC and to try to push the Greek Cypriots to the negotiating table.

Furthermore, when it comes to the upcoming elections, “energy politics are not at all on Turkish Cypriot voters’ radar,” Bryant said. “Akıncı and Tatar don’t differ on the issue, because Turkish Cypriots don’t differ from Turkey on the issue. They consider it their constitutional right to have a share of the energy proceeds and are perfectly fine with letting Turkey protect that right.”

If there is, despite rhetorical flourishes, minimal difference between Akıncı and Tatar on Ankara’s underlying strategic interests, what is behind the AKP and MHP’s overt support for one over the other?

Bryant said the Turkish government “basically just see Tatar as the most viable candidate in opposition to Akıncı, and they want to see Akıncı out. However, the current Turkish government is not doing its homework on Cyprus, because they’ve lost their best advisors and are distracted elsewhere.”

Cyprus has long been a key area for Turkish career diplomats to work on to gain promotion in the foreign service, said Berkay Gülen, a PhD candidate at the University of Washington whose research focuses on decision-making and Turkey’s foreign policy.

Turkey definitely has adequate expertise regarding Cyprus, she said, “but the experts are not part of the decision-making. Foreign policy decisions are more and more likely made by the people in the presidential complex along with Erdoğan rather than made through consulting with career diplomats of the ministry.”

Erdoğan’s insular foreign policy decision-making team should be expected to prioritise Turkey’s interests over Turkish Cypriot voter preferences, but without input from career diplomats, their approach to the KKTC elections could backfire.

Bryant said the Turkish government appeared to think it could mobilise Turkish nationals who had become KKTC citizens and now make up about 30 percent of the electorate. But, she said, “more than half of them have been there since the 1970s or are the descendants of those early settlers, and these people have voting patterns that are quite similar to Turkish Cypriots.”

Instead of explicitly supporting Akıncı’s challenger, thereby helping him get re-elected, Gülen said, “if the Turkish Ministry of Foreign Affairs was a part of the decision, I would expect more back-channel diplomacy to convince the winnable candidate, whether or not it is Akıncı, in favour of Turkey’s position on the island.”

President Akıncı: “There are some aspects in the speech of Anastasiades that should be corrected”