For a change, apparently, I am in full agreement with Turkish Cypriot President Mustafa Akıncı regarding having the presidential elections as soon as possible, some time in the first half of August. Why does the president want the elections to be held in August and not on Oct. 11, as was rescheduled on April 28 due to the COVID-19 pandemic?

Obviously, the president has some plans different to mine on why we should have the elections as early as possible. Nowadays, a private jetliner “discreetly” carrying some Turkish businessmen who violated the strict COVID-19 travel ban created a thunderstorm in North Cyprus, where there is accumulated frustration over alleged nepotism, favoritism, and all sorts of officious undertakings of the National Unity Party (UBP) majority partner of the coalition government.

Although the prime minister not only replaced the tourism minister and sent a strong message to some other political kingmakers in his party but that they all might be sacrificed, he received Ankara’s last minute intervention confirming he continued to enjoy full support, yet his chances of support in the presidential election might be very difficult. Particularly if the vote is called for Aug. 16, as Akıncı has also started to suggest publicly, Prime Minister and presidential candidate Ersin Tatar might have little chance.

However, up until a few weeks ago all public opinion polls were indicating that the presidential vote would be inconclusive in the first round and incumbent Akıncı and Tatar would most likely be the runners of the second leg of the vote. In 2015, Akıncı was elected with more than a quarter of the supporters of the UBP that voted in favor of the socialist politician in protest at squabbles in the UBP between the then Prime Minister Irsen Küçük and then President Derviş Eroğlu.

Without support from the UBP it would be impossible for Akıncı to get elected in the second round he contested against Eroğlu, still one of the strongest politicians on the conservative spectrum. Most probably Akıncı has started to count on the never fully-proclaimed but a long-time public secret widening rift between Tatar and a coalition of opponents led by Eroğlu despite his advanced age.

According to political gossip in North Cyprus, Eroğlu, frustrated at not being able to get his daughter Resmiye Canaltay to the tourism minister portfolio – allegedly because of some animosities between the former president and political kingmakers in Ankara – he might have decided to help Akıncı get reelected and show “friends and foes in Cyrus and in Turkey” who holds the helm of power in the Turkish Cypriot state.

Probably an exaggeration but apparently such a development is in the making and the cunning Akıncı might want to grasp that opportunity before it vanishes into thin air if elections are to be held months ahead in October. Obviously, Tatar, as well as Deputy Prime Minister Kudret Özersay, also a presidential contender, as well as the leftist presidential contender Tufan Erhürman, the leader of the socialist Republican Turks’ Party (CTP), appear opposed to pull back to August the rescheduled October presidential vote.Yet, Akıncı has started shaping a perception in the people that a long interregnum produced by the postponement of the April presidential vote to October because of the COVID-19 pandemic landed North Cyprus into a non-governable situation. If the president is seeking reelection and, from the premier to deputy premier and main opposition party leader, all other senior politicians are running for presidency, the battle for power amongst them and all administrative actions of both the president, government and policy undertakings of the opposition all correlated in some manner with the October vote, perhaps time is up to pull elections back to August.

Also, the president is suggesting that there might be a second wave, since no viral contamination was observed in Turkish Cyprus for more than three months, perhaps it is better to have the vote in this lull period. Besides, who cares whether the others wanted or opposed the presidential election? If Akıncı resigns, constitution rules from the first Sunday after a six-week campaign period vote is held. Thus, if Akıncı resigns, sometimes within the next few days, Aug. 16 might be a date for voting 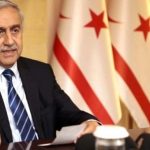