A World Health Organization-led coalition fighting the COVID-19 pandemic is asking government and private sector donors to help raise $31.3 billion in the next 12 months to develop and deliver tests, treatments and vaccines for the disease.

* More than 9.8 million people have been reported to be infected by the novel coronavirus globally and 493,040​ have died, a Reuters tally showed as of 0400 GMT on Saturday.

* Britain will scrap a 14-day quarantine period for people arriving from countries it deems to be lower risk for COVID-19, and official advice against all but essential travel abroad will also be eased for some countries and regions, the government said on Friday. The changes will make it easier for Britons to travel abroad for summer holidays.

* Fans gathering in Liverpool city centre for a second night in a row to celebrate their team’s Premier League title win were urged to return to their homes due to fears of a surge in COVID-19 cases.

* The Czech Republic recorded 168 new cases of the coronavirus on Friday, authorities said, the highest daily rise in cases since early April just as the country is starting the two-month summer holiday season.

* The United States recorded 45,242 new coronavirus cases on Friday, the largest single-day increase of the pandemic, according to a Reuters tally, bringing the total number of Americans who have tested positive to at least 2.48 million.

* Bar and restaurant owners in Texas and Florida were fuming after state officials abruptly slapped new restrictions on their businesses due to a spike in new cases.

* The virus, now spreading through smaller towns in Brazil’s interior, risks returning to major cities in a so-called “boomerang effect,” as a lack of specialized medical treatment forces patients into larger urban centers.

* India reported over 17,000 new coronavirus cases over the last 24 hours, pushing the country’s total above 500,000, federal health ministry data showed on Saturday, with infections surging in major cities including the capital New Delhi.

* Australia’s state of Victoria recorded 41 new confirmed coronavirus cases on Saturday, double the daily rate seen a week ago, struggling to gain control over the pandemic while the rest of the country continues easing restrictions.

* South Africa will allow casinos and cinemas to reopen and restaurants to resume sit-down meals on Monday in a further easing of lockdown restrictions despite a sharp rise in infections.

* Astrazeneca’s COVID-19 vaccine candidate is probably the world’s leading candidate and most advanced in terms of development, the WHO’s chief scientist said.

* Delta Air Lines said late on Friday it will soon send warning notices to about 2,500 pilots regarding possible furloughs at the airline, as the industry takes a huge blow after the pandemic slashed air travel demand.

* Walt Disney Co postponed the debut of live-action movie “Mulan” until Aug. 21, the company said in a statement on Friday, a blow to theater operators who want blockbuster movies to draw audiences from their homes. 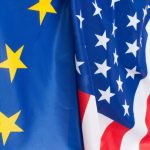 EU holds off decision on borders, Americans set to be excluded 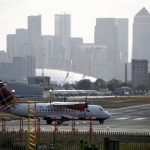