Akel: Cyprus in the Eastern Mediterranean 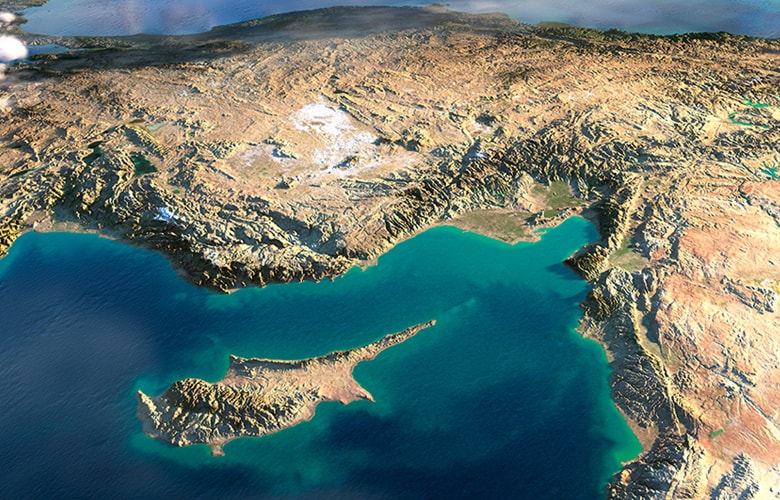 By Stavri Kalopsidiotou, member of the C.C. of AKEL and AKEL’s Cyprus problem Bureau and International Law expert

The situation in Libya is explosive. Syria remains a theatre of militarist enforcement. Turkey continues to escalate tension in the region through its military interference in Libya, its outlaw efforts to impose its claims with regards to the delimitation of maritime zones in Eastern Mediterranean in violation of the sovereign rights of its neighboring Greece, Egypt and Cyprus, as well as through the persecution of Kurds in Syria’s territory and most recently in Iraq. The prevailing situation in the wider region of the Eastern Mediterranean, the Middle East and North Africa is increasingly deteriorating; and the inability of the international community to react in a meaningful manner remains a bold consequence of the direct nexus of the imperialist interests, also antagonistic, entangled in the region.

Recent developments, are added to the inability of the international community to peacefully respond effectively to the crisis that has plagued Yemen for some years now, to the long-lasting criminal tolerance regarding the illegal occupation of the Palestinian territories by Israel and the continuing violations of the human rights of the Palestinian people, alongside with the threatened annexation of occupied Palestinian territories, as well as to the scant combating of mass poverty that millions of people are suffering all over and in every corner of the world.

The geostrategic competitions and rivalries in the wider region are primarily intertwined with the efforts by powerful states to maintain and/or create new spheres of influence that, inter alia, will secure them with a role in the division and exploitation of natural resources (natural gas, oil) and in the efforts by the powerful states in the region, namely Turkey and Israel, to maintain their supremacy.

The multiple benefits which these states have always aspired to from the direct or indirect control over the region have led to numerous military interventions and attempts to replace regimes not under their control, precisely just as in the case of Syria where millions of people have been displaced and forced to become refugees in a confrontation of foreign interests and the de facto dismemberment/disintegration of the country into spheres of influence.

The situation that exists in Libya is also similar, with the responsibility of NATO and the international community for the bloody tightening of the grip threatening to undermine the hope for peace. Even the late Berlin conference on the future of Libya, which has been overly violated particularly by Turkey, amounted to a reflection of the international situation in recent years. That is to say, foreign countries, depending on their country’s particular interests and power, are dividing states and spheres of influence over the country’s ravaged territory in the absence of its very people. The failed imperialist interventions of foreign powers in Libya, as well as in Syria, have brought havoc, civil war, destruction and the collapse of whatever state structures. This is also a reality that exposes the European Union too, which remains a supporter of these interventions without having drawn any lessons from its own nightmarish past.

Another victim of the same exact complex contradictions and competitions, is Cyprus. Unfortunately, the discovery of gas deposits in the Exclusive Economic Zone of the Republic of Cyprus, has put the island in the epicenter of imperialist competitions. Whereas, the discovery of natural resources in the Republic’s EEZ could be used as a positive incentive for progress in the peace process, ever since the collapse of the last Conference on Cyprus in 2017 Turkey has been escalating its aggressive policy and acting contrary to the Law of the Sea constantly violates the sovereign rights of the Republic of Cyprus; both by obstructing the progression of the Republic’s energy planning and by conducting illegal drillings in Cyprus’s EEZ.

At the same time the discovery of the gas deposits, not only in the EEZ of Cyprus but in the wider region of Eastern Mediterranean has stimulated the intensification of the United States’ efforts to create the conditions for fostering their influence. Unfortunately, in cooperation with the current government of our country, the deepening of US influence as reflected in the EastMed Act is being promoted, without any preconditions being created for a solution of the Cyprus problem. Instead, this is all about exporting the interests of the US, by promoting the creation of an arc of military and energy cooperation that invests in the contradictions, while at the same time aiming at the exclusion of the Russian Federation and at the creation of conditions for the control of the region by the US and NATO.

These are machinations that in no way whatsoever promote the creation of bridging policies between all the states in the region, which unfortunately are having a negative impact on the prospects for a solution of the Cyprus problem as well. Particularly when competition on energy in the region as it is currently being driven by the US (and Israel too), together with the participation of Cyprus and Greece on the one hand and Turkey’s illegal reactions on the other may further complicate the already difficult situation on the ground. The fact that the US, as a distraction to Russia’s increasing impact in the wider region, is trying to forge an alliance between the US-Israel-Cyprus-Greece is particularly dangerous for the prospects of the solution of the Cyprus problem. Indeed, when one takes into account the situation in the wider region, it is clear that these plans are exacerbating the precarious conditions that are generally prevalent but are primarily victimizing the peoples of the region.

In conclusion, what is taking place demonstrates the following. Namely, that the only way to solve the problems is first and foremost for the mighty of the world to abandon the hegemonic competitions around what they perceive as some geopolitical chessboard. Today, as humanity must come together to tackle the deadly pandemic of Covid-19 and the existential threat of climate change, the chessboard of contradictions must at long last be abandoned and preconditions be created for sincere understanding and cooperation for the peaceful resolution of disputes, with respect to the particular interests of every people within the framework of international law and for the salvation of the global common home of all people which today is in danger. 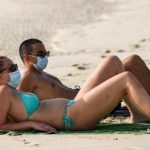 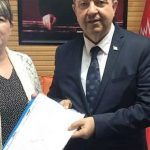 Suggestions were presented to Tatar for the development of Akıncılar village