An autistic teenager who threw a six-year-old boy 100ft (30 metres) from the Tate Modern viewing platform has been sentenced to at least 15 years in prison.

He targeted the boy, who cannot be identified because of his age, after he briefly left his parents’ side.

The judge warned Bravery he may never be released, while the victim’s family said in a statement that “there are no words to express what we’re going through”.

“We have no prospects or plan for the future, other than being by his side,” they said.

Bravery, who was 17 at the time of the attack in August, was said to have “scooped [the victim] up and, without any hesitation, carried him straight to the railings and threw him over”.

The boy, who was on holiday from France, fell on to a platform below while shocked witnesses, including his parents, challenged Bravery.

Bravery, from Ealing in west London, admitted attempted murder at an earlier hearing in December.

He was said to have a “big smile on his face” in the wake of the incident and told the boy’s father “Yes I am mad.”

Sentencing Bravery, Old Bailey judge Mrs Justice McGowan said: “The fear he [the victim] must have experienced and the horror his parents felt are beyond imagination.

“You had intended to kill someone that day – you almost killed that six-year-old boy.”

She said Bravery’s autism spectrum disorder (ASD) did not explain the attack, and acknowledged expert evidence that he presents “a grave and immediate risk to the public”.

The judge added: “You will spend the greater part – if not all – of your life detained … you may never be released.”

Bravery, who was wearing a white T-shirt and dark shorts, watched the 20-minute hearing via videolink from Broadmoor Hospital.

In it, they said they have experienced “months of pain, fear, rehabilitation”.

“He is still in a wheelchair today, wears splints on his left arm and both his legs and spends his days in a corset moulded to his waist, sat in his wheelchair.

“The nights are always extremely difficult, his sleep is very agitated. He is in pain. He wakes up many times and he cries.”

They added: “There are no words to express what we’re going through.

“Even upon re-reading the information provided here, we feel it does not reflect the reality of our situation, nor the difficulties and pain we’re currently experiencing.”

The court heard Bravery had been in supported accommodation under the care of Hammersmith and Fulham Social Services, with one-to-one supervision, and had a history of lashing out at staff.

However, he was allowed to leave home, unsupervised, for up to four hours at a time.

A council spokesman expressed the authority’s “sincere sympathies” to child’s family, adding: “A serious case review is underway. We are cooperating fully and will learn from the findings.”

Defence counsel Philippa McAtasney QC said Bravery was immature and it “beggars belief” that he was allowed out unsupervised.

She said his parents “abhor” what he did and cannot forgive him, but feel “let down by the system”. 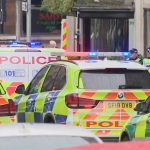 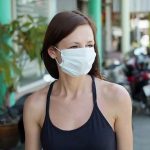