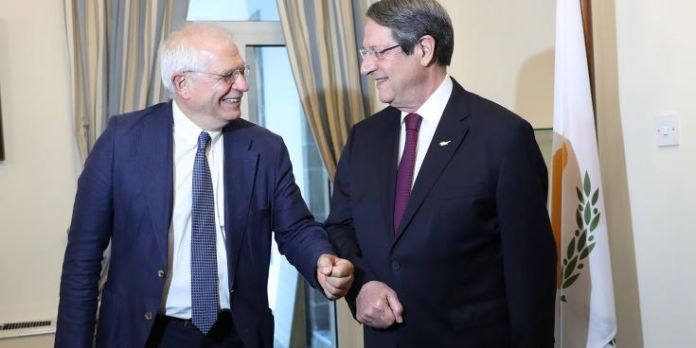 EU High Representative for Foreign Affairs and Security Policy and Vice-President of the European Commission, Josep Borrell conveyed on Thursday evening the bloc’s commitment to continue supporting the sovereignty of the Republic of Cyprus amid Turkish violations which the EU condemns.

Borrell met on Thursday evening with Anastasiades, at the Presidential Palace, and according to a written statement by the Deputy Government Spokesman, Panayiotis Sentonas, they discussed Turkish violations in the maritime zones of the Republic of Cyprus.

The meeting was also attended by Foreign Minister Nikos Christodoulides, Defence Minister Savvas Angelides and other officials. Borrell was accompanied by the Head of the European Commission Representation in Cyprus, Ierotheos Papadopoulos.

According to Sentonas, Anastasiades informed Borrell about Turkish actions and the situation in the Eastern Mediterranean. He also referred to the continuous efforts by South Cyprus government to maintain good neighborly relations with all countries in the region, as well as South Cyprus’ commitment to international law. Anastasiades expressed moreover concern about Ankara’s expansionist designs, which he said, are fraught with perils for peace and security in the region.

The High Representative expressed the EU commitment to continue supporting the sovereignty and sovereign rights of South Cyprus, Sentonas notes in his statement. He also says that Borrell underlined that the exploration and exploitation of hydrocarbons in Cyprus’ exclusive economic zone are sovereign rights of the Republic of Cyprus exclusively, in accordance with the United Nations Convention on the Law of the Sea.

The EU will continue sending clear signals to Ankara, for the respect of international law, and exert pressure for the immediate termination of Turkish violations, the High representative said, noting that he will convey these messages to Ankara personally.

Participants in the meeting also discussed the broader framework of EU-Turkey relations, in light of Turkey’s unacceptable policy and the lack of commitment towards its obligations, Sentonas notes.

Anastasiades thanked the High Representative and Commission Vice President for the support and the solidarity he conveyed, reiterating that in order to be effective this solidarity needs to translate into action.

Anastasiades informed Borrell about a proposal he made to the Turkish Cypriot President in relation to natural gas and expressed his readiness to resume talks for a Cyprus settlement the soonest possible. 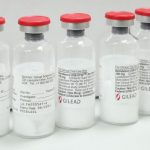