In his speech, Ersin Tatar said that the necessary instructions were given “It is very important to complete the Memorial Tomb and open it to the public as soon as possible”.

Stating that they are aware of their responsibilities as the Government in the context of the services provided by the Founding President, Tatar said, “I have received the information that this place will be completed soon. We will come again to visit the finished version as soon as possible. ”

Planning and Construction Manager Oğuz Akçay stated that the remaining part of the Denktaş Monument Tomb is the landscape section and that the company was asked to carry out the necessary work to complete this as soon as possible. 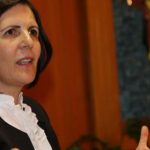 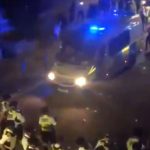