Here’s what I think: Are we weeks away from an election?

With coronavirus in Cyprus subsiding for now at least, and last night Kudret Özersay effectively ending the conversation on the crossing points (albeit with a few caveats), attention is beginning to turn back to normal politics, and in particular northern Cyprus’ presidential elections that in a pre-coronavirus world were due to take place in the spring. They had then been postponed to October, but murmurs of a change to that date turned to shouts when incumbent president Mustafa Akıncı announced last week his intention to call other party leaders with the aim of bringing the date of the elections forward to August.

As many have pointed out, this is a stark u-turn from his position at the end of last month, when he was adamant that the issues of health and the economy were paramount, and that it was not in the interests of the people to bring the election forward. I’m willing to give him a pass on that at this time, however – these are by no means normal times, and changing one’s mind about the viability of an election while the world deals with a crisis of unprecedented proportion is far from unforgivable.

Akıncı’s proposed date for the first round of the election is 16th August – 55 days from now. Electorally, the timing probably couldn’t be better for Akıncı as things stand. The crisis relating to the arrival of the private jet with “special permission” at Ercan Airport the week before last is still very much rumbling on, with a police investigation being ordered. An election so soon would in all probability kneecap Prime Minister Ersin Tatar’s chances at the big job, and his deputy Kudret Özersay probably wouldn’t be looking too healthy either.

The only unknown factor in this for Akıncı would be the CTP’s candidate Tufan Erhürman. He was polling a quite distant third (behind Akıncı and Tatar) back in February, but in contrast to Tatar and Özersay hasn’t committed political self-harm in the intervening period. He’s performed well in opposition, holding the government to account every step of the way, and speaking up on the issues that people care about.

We are at this point well into the realm of hypotheticals, however. In the current circumstances I can’t imagine Tatar or Özersay agreeing to an election so soon, Tatar in particular knowing that a defeat in these elections would likely end his career. A scandal-ridden government and a failure in favourable conditions for the UBP in an election would surely spell the end for him, with the UBP having three whole years to refresh and regroup before the next parliamentary elections.

Özersay’s situation is a bit more nuanced – his position as an “anti-corruption” politician slips every day that he’s wedded to the current scandal unfolding at the heart of government. He can walk away, and the current makeup of parliament makes him very much the king maker and puts him in a powerful position should he do so – although the consequences of forming and collapsing governments with both the CTP and the UBP within two and a half years are unknown. In any case, he will not be president this year.

To conclude, normal (ish) politics is returning to northern Cyprus, and interesting times too should Akıncı get his way and reschedule the election. If not, it’s a long run to October, and at this point anything could happen between now and then. 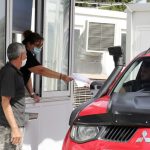 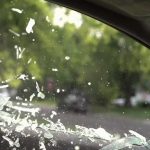 Here Are a Few Ways to Protect Your Vehicle From Car Theft!