In May 2015, in Adelaide, I interviewed a man who had experienced a miracle.

Antonis (Tony) Pitrakkou, a Greek Cypriot man born in Lefkosia in 1926, moved with his family at the age of ten to Rizokarpaso, the largest town on the rugged, mountainous Karpas Peninsula. With a population of more than 3200, less than 10 of whom were Muslim, Rizokarpaso was a ‘Greek Cypriot’ town. Approximately 12 miles south-west, along the mountain roads and paths, lay the village of Galinoporni, whose 600 or so villagers included approximately 15 Christians; Galinoporni was a ‘Turkish Cypriot’ village. However, Antonis told me, the population of Galinoporni spoke only Cypriot Greek. “These men and women, they talk Greek! Even night time! In the house! You can’t hear any Turkish.”

Antonis explained that when the Ottomans came to the village in the 16th century, some of the men took Cypriot girls as their wives, but the girls only spoke Cypriot Greek; as such, their children learned Cypriot Greek. They were Muslims (following the religion of their fathers) but over many generations, they only spoke Cypriot Greek. This was not uncommon in Cyprus; there were numerous ‘Turkish Cypriot’ villages whose Muslim population spoke no Cypriot Turkish at all. Indeed, a number of travellers, and the Reports of Censuses conducted by Britain, described several such villages.

Galinoporni was home to the old village church of Ayia Anna (the mother of Panayia, Maria) which had been built next to a natural spring, the blessed water of Ayia Anna. Over the centuries, the church in what became a Muslim village fell into disuse; however the water still flowed.

Antonis’ family kept some animals on land they owned near Galinoporni. One day in 1947, during a serious drought, Antonis went with some neighbours to check on their sheep and goats. While there, a group of the local villagers approached them with an important request. “When we meet them they say to us, in Greek, ‘Mother Maria and Apostolos Andreas – tell them here in Galinoporni … we are drinking the water of Ayia Anna. We drink. We drink the water from the spring.’”

The Galinoporni Muslims beseeched the Christians from Rizokarpaso to pray on their behalf; to tell their Mother Maria and Apostolos Andreas that they were suffering and needed help; they needed rain. They had prayed with their own Turkish Cypriot hoca, of course, but rain had not come. As Muslims, they knew of the blessed Panayia, mother of Jesus, and of her mother Anna, and realised that their little village church and its water had special power, and so they had solemnly and prayerfully drunk the water of Ayia Anna; still, rain had not come. They could not think what else they themselves could do; then they had the realisation that the Christians must be closer to Anna and Panayia, and, of course to the Cypriot Apostolos Andreas, whose monastery was just another 10 or 12 miles further along the peninsula, beyond Rizokarpaso. If the Christians prayed, surely they would be heard.

The Christians were unsettled. They, too, had been feeling the effects of the drought. They, too, had prayed but it had been of no use; rain had not come. What more could they do? An idea grew…

Back home in Rizokarpaso, “We told our priest that the people from Galinoporni were crying and they wanted us to ask Maria and Apostolos Andreas to make it rain.” They’d already tried that, but what if they took the icons from their church – took them down from the mountain to the church of Ayia Anna in Galinoporni and prayed in that ancient place? That might be what was needed!
Within days, the plan was put in place. Many Christians joined in the procession which took several hours to carry the icons from Rizokarpaso to Galinoporni. Two priests came with all that they would need to perform a proper service. When they neared the church of Ayia Anna, the Galinoporni villagers crowded around them. The priests put on their ceremonial robes and set up their altar and censers and candles. The precious icons were carefully positioned and the prayer service began. The people (both Christians and Muslims) knelt down and prayed as the priests chanted. “The hoca, the priest of the Turkish people, he was kneeling down. The Turkish hoca; he was kneeling there and he was praying. He was praying with our priests!”

The Turkish Cypriots of Galinoporni had brought bread and water and olives and cheese, and after the service they fed all of their visitors. When the Christians picked up the icons to leave, to carry in procession back to Rizokarpaso, “there was joy and thanksgiving from the Galinoporni people because they knew it was going to rain!” Many Galinoporni villagers accompanied the Greek Cypriots, helping to carry all the items that had been brought and to show their friendship and respect.

“Oh, Stefania, let me tell you, when they left [Rizokarpaso] again for Galinoporni and were half-way back, they could see the sky and it was raining! Lots of rain!”

Antonis migrated to Australia in 1948 as a 22-year old. He spoke good English but when telling this story he slipped into Cypriot Greek. It was too deep, too steeped in spiritual significance, to trust to English. It is a moving story of a miracle following an interfaith prayer. It is a story of the priests and the hoca kneeling together, the Christians and the Muslims praying together, and their joint efforts seeing results that the Christians on their own, or the Muslims on their own, could not achieve. The epilogue – perhaps the most striking part of the story – is the awe with which Antonis regarded the Muslims of Galinoporni.

“The Turkish believed more than us. You wouldn’t think so. Why didn’t it rain when we were praying for it? As soon as they went to get the icons, to take to Ayia Anna, and then when they got the icons to leave, then it started raining. It rained all day and all night [laughing]. And the other day as well! That is why, I am telling you, they had more belief and faith than us. Why, when we prayed for rain, it didn’t rain? Once the icons came down, we didn’t lose one day of rain. It was real soaking rain, not drizzle. That’s what I am saying: that these people believed more than us. When they took the two icons to Galinoporni; when the priests did their prayers you could see the hoca kneeling down there – because the hoca, he believed. When we prayed, there was no rain but when we brought the icons to Galinoporni, exactly at that time, it rained. But not just rain, but a downpour. The place was flooded with water.”

Antonis and his fellow villagers were parties to a profound religious experience. Afterwards, they made sense of the sudden breaking of the drought. They could have reasoned that the prayers of the Christians in the old church of Ayia Anna were the crucial action; they could have taken credit for themselves. Instead, they felt that the devotion of the Muslims was felt by Maria and by Apostolos Andreas – that the Muslims’ entreaties were heard while those of the Christians had not been. “That is why, I am telling you, they had more belief and faith than us.”

It seems that following that wonderful breaking of the drought in 1947, the story spread and the church of Ayia Anna became renowned. Archaeologist Tuncer Bağışkan wrote in 2014, in the newspaper Yenidüzen, of pilgrimages to Galinoporni in times of drought, from as far away as Paphos. “Several times, they say that the rain had started before the end of the prayer for rain, and that those who went there were getting wet.” Even after the little church was destroyed following conflicts in 1963, pilgrims still came to pray in times of drought. Galinoporni (Kaleburnu) local İsmet Koldaş described to Bağışkan how his mother would always offer halloumi, bread, olives and water to Greek Cypriot pilgrims (perhaps those still living, after 1974, in Kormakitis or in Rizokarpaso) coming to pray at the church of Ayia Anna. Some of her fellow villagers disapproved and news of her actions reached politicians; when President Denktaş visited the village, he sought out the elderly woman and asked why she was giving food to Greek Cypriots. She responded, “Is not hospitality a tradition of the Turks?” The President conceded that she was right. Her son felt that the insults she suffered and the challenge by the President himself brought on her death shortly thereafter.

Pilgrimages in times of drought show that the experiences of Antonis, of the people who came from Rizokarpaso carrying icons and other accoutrements for the prayer service, and of the villagers of Galinoporni, were recognized as proof of the special powers vested in the church. In subsequent droughts, people came from near and far, and the Muslims of Galinoporni offered traditional hospitality – contributing to the conditions necessary for prayers to be answered.

With respect to Antonis’ experience of the breaking of the drought, I wonder at the longer-term, official framing of the miracle. As the story spread in the late 1940s, how did the Bishops and the Archbishop, the hocas, imams and the Grand Mufti respond? Bağışkan’s 2014 article implies that, post-1974, when the elderly woman in Galinoporni was criticised for giving hospitality to Greek Cypriots, Muslims were no longer partners in prayers for rain. For Antonis, who experienced the miracle first-hand and who left Cyprus the next year, the original meaning was intact, but I suspect that the original wondrous, generous interpretation of Antonis and his fellow villagers, including the two priests, did not survive translation to a city context and examination by and curatorship of the religious elites. Such familiarity with, and acceptance of, the religious rites of the ‘other’ amongst ordinary, labouring-class people, and such tolerance of priests and hocas towards their followers seem, today, unthinkable.

Antonis described Greek Cypriot Christians and Turkish Cypriot Muslims who knew each other well and liked and respected each other, and authority figures – the priests and the hoca – who were willing to try together something exceptional to help their communities. Religious lines were more porous and religious figures in small villages more tolerant and accommodating – perhaps even more open to wonder – than many today.

Nearly seventy years later, Antonis spoke of this episode with delight and with urgency, intent on conveying to me the deep significance of the breaking of the drought. 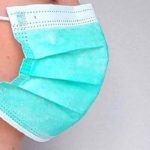 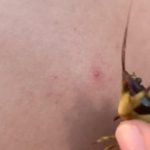 Guy Uses Crawfish to pop Pimple on Friend’s Back