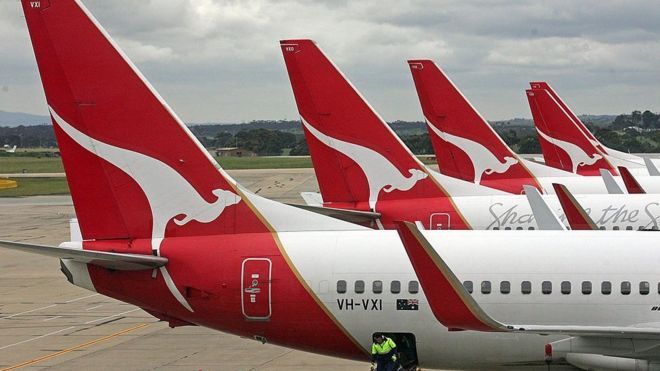 Qantas has cancelled all international flights until late October except for those to New Zealand.

The news comes as the Australian government said its border would remain closed into next year to slow the spread of the coronavirus.

The airline and subsidiary Jetstar are now boosting domestic flights as travel restrictions within Australia ease.

The nation’s tourism minister has also encouraged Australians to take their holidays within the country this year.

“With Australia’s borders set to remain closed for some time, we have cancelled most international flights until late October,” the airline said in a statement sent to the BBC.

“We still have some flights scheduled across the Tasman in the coming months, with the expected travel bubble between Australia and New Zealand,” the statement continued, referring to the Tasman Sea between the two countries.

The airline pointed to comments from Tourism Minister Simon Birmingham for its announcement on Thursday.

Mr Birmingham said on Wednesday that the decision to shut the country’s border was one of the main reasons Australia had been successful in fighting the spread of Covid-19 and it would not be reopened any time soon for general travel.

“I do sadly think that in terms of open tourist-related travel in or out of Australia, that remains quite some distance off,” he told the National Press Club.

When asked whether that would mean the border would remain closed until next year, Mr Birmingham said, “I think that is more likely the case”.

Qantas also reiterated that it will increase domestic flights to 15% of pre-coronavirus levels as some travel restrictions are lifted.

At the same time the airline said that it is ready to ramp its international schedule as soon as government regulations allow.

“Should travel between Australia and other countries open up and demand returns, we can add more flights back into our schedule.”

Qantas, like many other carriers, has been hit hard by travel restrictions imposed around the world to combat the spread of the coronavirus.

A number of high-profile airlines have been struggling to survive during the crisis including Virgin Australia, Thai Airways and Colombia’s Avianca.

Other airlines have been forced to layoff thousands of workers and downsize operations.

Earlier this month the International Air Transport Association (IATA) warned that the airline industry could suffer losses of more than $84bn (£67bn) this year. 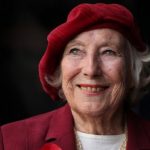