A week on from the day that the crossing points were supposed to begin their gradual opening, Ersin Tatar’s government has very much lost its way as regards to the movement of people in and out of northern Cyprus. Problems began to loom on the horizon even before last week, but the government’s actions over the last seven days have taken a hatchet to its own credibility.

In the lead up to last week, the government did nothing about the crossing points. No strategy was divised, no conversations were had with either the Greek Cypriot administration or the Turkish Cypriots who work in the south, for whom the crossing points were initially supposed to open. On Tuesday, when the first crossings were supposed to be made, we learnt that the workers had effectively been given an ultimatum by the government. Were they to cross, they would not be allowed to cross back for the foreseeable future, meaning that if they wished to not lose their only income, they would have to commit to not having anywhere to live.

This led to scenes on Tuesday morning of a constant stream of construction workers leaving northern Cyprus, not knowing when they would be able to return home or where they would sleep that night. For many, the eventual answer to the second question was “in their cars”. The answer to the first remains in the hands of Prime Minister Ersin Tatar and Foreign Minister Kudret Özersay, who thus far have offered them nothing.

This left me wondering what their end-game exactly was, and I can only conclude that the pair are trying a little power play – attempting to assert themselves as the arbiters of the crossing points. I can’t imagine too many people were taken in – from where I’m sat it looks like a pair of politicians playing childish games with people’s livelihoods.

If one or both of them has aspirations to the Presidency, they must grow up

Simply put, it shows to me a lack of awareness of the real-world consequences of their decisions. Opening and closing the crossing points in order to play political games is all well and good in theory, but messing around when the livelihoods of citizens for which you are responsible are on the line, as they are at the moment, is reckless and irresponsible. If one or both of them have aspirations to the Presidency this October, they must grow up, for lack of a better phrase, and begin to realise the responsibility that they have in their positions.

Now, you may be reading this and wondering whether Tatar and Özersay simply are being incredibly wary of a second wave of coronavirus reaching northern Cyprus. That may have been a good defence for their actions over the crossing points, had the rest of the week not happened. Özersay announced which countries’ nationals would be allowed to travel to northern Cyprus from 1st July in three categories – “Category A” being the safest countries, and “Category C” the least safe from the virus. Eyebrows were raised when Turkey was placed in “Category A”, despite currently seeing a daily percentage rise in cases similar to the United Kingdom at time of writing.

It is understandable that Turkey would be given some preferential treatment over some other countries as regards to access to northern Cyprus given the politics of the region, but the decision to place Turkey in “Category A” while the coronavirus is still very much present there really spits in the eye of any theory that the workers in the south are sleeping in their cars for the common good.

It is comparable to the Dominic Cummings situation

This was taken further when on Friday when a private jet flying from Antalya was allowed to land at Ercan Airport and its passengers allowed to disembark and enter northern Cyprus without any quarantine or checks at all. They had “special permission”, of course, but why? Nobody knows. They had come from Turkey, where as I described earlier the coronavirus is still very much present. That is an insult.

It’s an insult to the workers in the south who were granted no “special permission” and are sleeping in their cars, and it’s an insult to people across this island who followed the rules all the way through since March and are now effectively being told by the government that rules are only for little people, and that if you’ve got a private jet they don’t matter. It is comparable to the Dominic Cummings situation in the United Kingdom, although in this case I am unsure over whether it is simply a lack of recognition of the consequences of their own actions on the part of the government, or all-out contempt for the people as is the case in the UK. I’ll be kind and gently suggest it is the former, until proven otherwise.

All in all, it is a great shame that such a well-orchestrated response to the coronavirus on the part of northern Cyprus is being allowed to be broken apart by political games. I remain hopeful that the government will eventually get it right, but only if its chief operators Tatar and Özersay start acting responsibly. 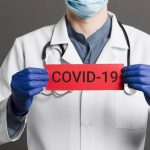 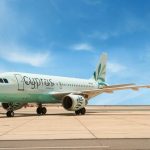