Well, what a decade the last week has been. There’s a Lenin quote in there somewhere, but society has moved past the need for newspaper columnists quoting verbatim historical figures in an attempt to seem educated.

When I was in my teens and first contemplating journalism as a career choice, I used to wonder what I would do with myself in slow news weeks. As things have transpired, I needn’t have worried. Given the sheer volume of news that has happened this week, today’s column doesn’t really have a central theme to it – instead I’m going to attempt to quickfire cover everything that has caught my attention since I last put pen to paper.

We’ll start at home, and in particular in the city of Limasol, where a week ago the abandoned Köprülü Mosque was attacked with petrol bombs, and its walls were graffitied with the words “Immigrants, Islam not welcome in Cyprus”. That in itself was unfortunate and disappointing, but the reaction of a certain section of Greek Cypriot society was equally unfortunate and disappointing.

To add to that, on Sunday afternoon (while I was midway through writing this column), a second act of vandalism at a Cypriot mosque made it into the news, this time at the Tuzla Mosque in Larnaka where someone had hung a Byzantine flag.

Instead of simply condemning the acts of vandalism like normal people, a section of Greek Cypriot society decided to play what i call “pain olympics”, bringing up historical acts of vandalism on churches for no reason other than a childish need to spin themselves into victims in this (and every) story. In my opinion it’s a pointless and cynical endeavour, trying to turn cut and dried crimes into opportunities for cheap political point scoring.

The simple fact is that petrol bombing a mosque last week a deplorable act, and hanging a byzantine flag over another one yesterday was a bad thing to do. Vandalising a church in the 1970s was also a deplorable act. Those two statements are not intellectually inconsistent, nor are they mutually exclusive, nor do they cancel each other out. I could involve myself in the “pain olympics” some people are playing, but it won’t get any of us anywhere, and i don’t think many of you are here because you want my analysis of the entire history of Cyprus.

Irrespective of that, it must be said that one act of vandalism against a mosque is an unfortunate incident. Two in a week is a worrying pattern, and one that should be nipped in the bud. While they may be empty, and while religion may not be a central pillar of life for most Turkish Cypriots, the cultural significance and symbolism of the southern mosques is not to be understated. Loud condemnation of these acts should follow from Greek Cypriot politicians, if they are serious about a solution to the Cyprus Problem. With the current crop, I won’t hold my breath, but I’m more than willing to be proven wrong.

Moving on now, and further afield to the United Kingdom, where all manner of things are going down at the moment. With so much going on recent weeks, I am yet to comment here about the actions of Dominic Cummings – not that anyone of sound mind would be under any doubts over what I or any reasonable person would think about it. For anyone unaware, his arrogant flouting of lockdown rules included a 420km drive to his second home and a drive to a known beauty spot on his wife’s birthday that was apparently to test whether his eyes were working.

His actions were nothing more and nothing less than a show of the contempt in which he holds the people he governs, and a show of arrogance in his belief that the rules he wrote simply do not apply to him. The only other comment I will make on the matter for now is this – I now won’t judge or be angry at anyone else in the UK who doesn’t respect social distancing – not for a day at the beach, not for a protest (and we’ll get onto them in a bit), not even to pack out a lift and cough in each other’s faces. If the person who wrote the rules refuses to abide by them, I don’t see why ordinary people should be judged for not bothering.

The UK is in a massive hole when it comes to its coronavirus situation, with no light at the end of the tunnel still. Whether there will be a political price to pay for this is yet to be seen, but the human price as signified by the incomprehensibly high number of deaths, and felt as far as here in Cyprus as coffins carrying Cypriots who died in the UK began to arrive last week, is irreparable.

Finally, Black Lives Matter – the subject of last week’s column, but with protests continuing and seemingly growing in number, and with police violence escalating, it would be negligent of me not to mention it. My review of the situation last week was of course more comprehensive than what I’m about to say, but I thought that this much was worth saying today.

These last couple of weeks have been an education for me, and I hope for many more non-black people. The reality of black existence has been laid bare for all to see, with those in search of change relentless, resolute, and in great and ever-increasing numbers.

Maybe I am being naïvely optimistic in this case, but to me this feels like a turning point – a moment where society shifts. The conversation about race has moved noticeably in the past few weeks, with people becoming informed of the reality and becoming angry at it at such a rate that change could potentially become irresistible.

After a few weeks of vehement protest and support from people from all walks of life, the talking heads wheeled out to denounce Black Lives Matter already feel like yesterday’s men – remnants of an era that is now fading. Of course, society’s problems won’t simply melt away like that, but the point I’m making is that progress is at last being made. People are at last being listened to, and issues of race are becoming central to the public conscience – not just to those on the receiving end. There is still a lot to be done, but for the first time in a long time I feel like we might be gradually moving in the right direction. 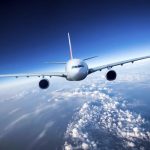