The Turkish Republic of Northern Cyprus (TRNC) on Monday condemned an attempt to burn down a mosque in Greek Cyprus.

The attack with Molotov cocktails on Koprulu Haci Ibrahim Aga Mosque in the Limassol province is unacceptable, said TRNC Prime Minister Ersin Tatar in a statement.

At least three petrol bombs were hurled at the mosque on Monday, he said.

“We are sad to see that even with the [coronavirus] pandemic, there are some in Greek Cyprus who await opportunities to attack foreigners, specifically Muslims, and their prayer sites,” Tatar said.

He called on Greek Cypriot authorities to catch the perpetrators.

“The Greek Cypriot administration and public should know that racist and Islamophobic approaches will bring no good. Those who turn the other way in the face of this will suffer the most harm,” he added.

The top religious authority in Northern Cyprus also said they deeply regretted the attack, condemning all kinds of xenophobic and Islamophobic attacks. 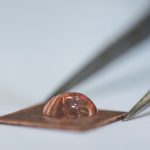 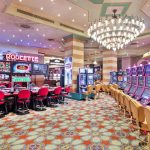 Merit group changed its mind: Casinos are not opening!

EU to discuss relations with Turkey, but sanctions off the table