EuroAsia Interconnector, the official Project Developer of the European Project of Common Interest (PCI 3.10 Israel South Cyprus Greece-Crete), in a press release, is thanking the governments of South Cyprus and Greece for their full political support.

According to the press release, the official Project Developer has submitted to the ‘Connecting Europe Facility’ (CEF) for the implementation of the interconnection of South Cyprus with Greece through Crete by December 2023.

EuroAsia Interconnector expresses particular gratitude to the President of South Cyprus and the Prime Minister of the Hellenic Republic, as well as the two competent ministers, Greece’s Energy and Environment Minister Kostis Hatzidakis and South Cyprus Energy Minister Giorgos Lakkotrypis, for their full coordination and support to the electricity interconnection which ends the energy isolation of South Cyprus, the last energy isolated European Union Member State.

EuroAsia Interconnector remains committed to the timely implementation of the 1208km subsea electricity interconnection that links the electricity grids of Israel, South Cyprus, and Greece through Crete by December 2023, the press release adds.

The EuroAsia Interconnector, as a leading European Project of Common Interest, is eligible for funding from the European Union’s ‘Connecting Europe Facility’ (CEF) financing resource of €8.7 bln., it concludes. 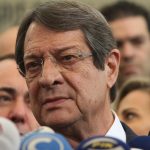 EU at a critical crossroad regarding its relation with Turkey, says Anastasiades 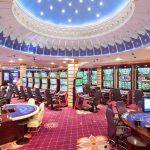 TRNC Casinos will not open