Necessary procedures have been completed for the 11 Turkish Cypriots who died in the UK to be buried in TRNC.

The Council of Ministers dated 14 May,

11 Turkish Cypriots who died due to health problems other than COVID-19 will be brought from England from the 1 June and buried in the TRNC.

TRNC London Representative Oya Pof Tuncalı stated that the family of 18 Turkish Cypriots received clearance for the burial of their relatives, 11 of them had other health problems and 7 of them were COVID-19.

Tuncalı noted that the transfer of 11 people who died due to reasons other than COVID 19 was approved.

Oya Pof Tuncalı stated that they are expecting information about the dates and under what conditions the Bodies will be sent to the TRNC.

Tuncalı said that the number of Turkish Cypriots who died in the UK due to COVID 19 was nearly 100, and the youngest casualties were 26 years old. 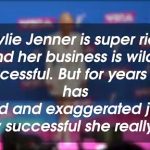 Forbes Calling Out Kylie and Jenner Family for Lying About Finances 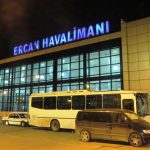 Tourists will be able to come to TRNC from July 1. conditions