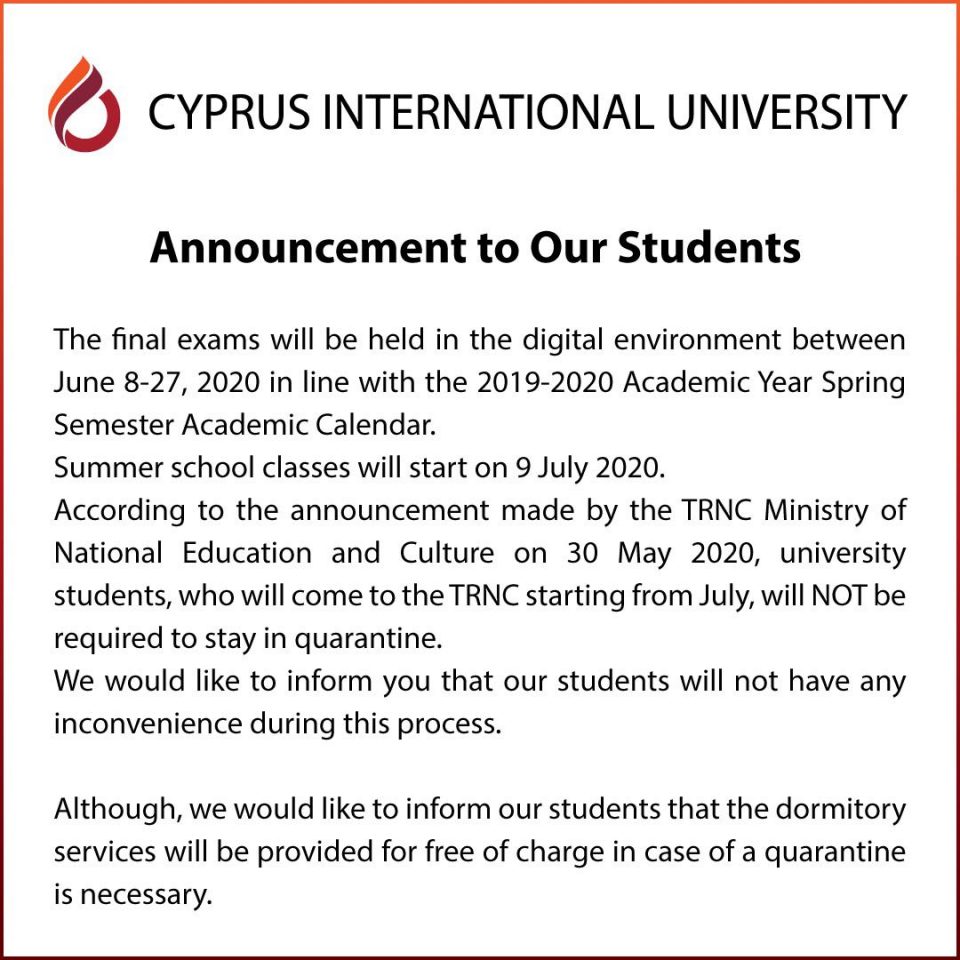 The TRNC Council of Ministers made another statement.

The TRNC Council of Ministers announced in its statement that university students, who will come to TRNC as of July 1, will remain in quarantine for 14 days.

On the other hand, CIU (International University of Cyprus) declared that summer school classes will start on 9 July and students coming to TRNC do not have to quarantine for 14 days!

This statement of CIU and the TRNC Council of Ministers’ decision did not match.

Universities other than CIU in TRNC have opened their dormitories to students free of charge DURING THE QUARANTINE. 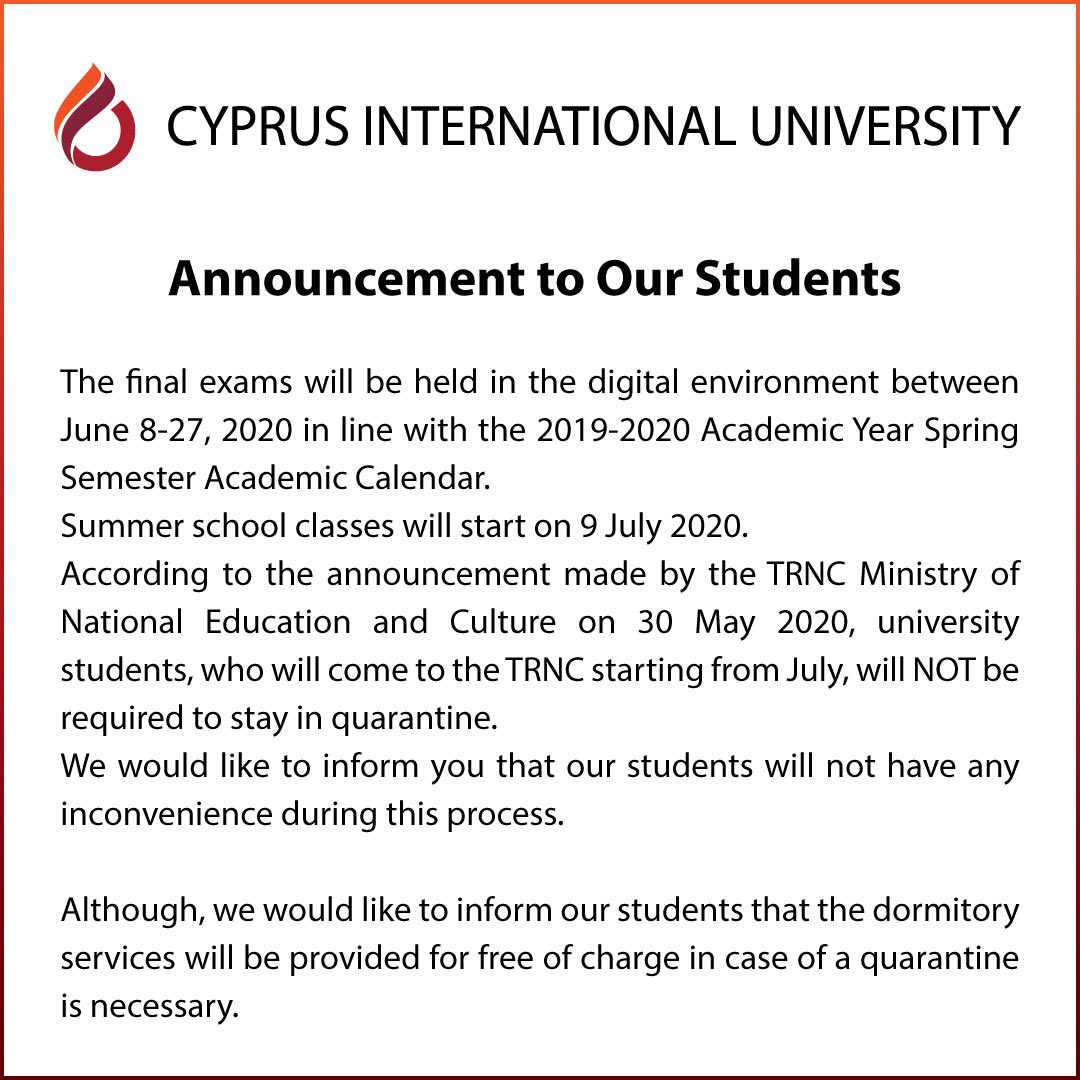 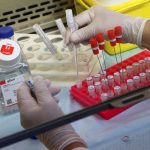 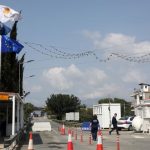