A letter signed by three ministers has gone out to hundreds of tour operators, airlines and travel agencies as South Cyprus gears up to reopen for tourism.

Airports will open on June 9 in two stages that will initially cover 19 countries, while hotels can reopen on June 1.

Although South Cyprus’ two main tourism markets the UK and Russia are not on the initial list of 19 countries from which visitors will be allowed, authorities are working on a charm offensive to attract as many visitors as possible from the list of permitted countries.

Transport Minister Yiannis Karousos, who signs the letter with Foreign Minister Nicos Christodoulides and deputy tourism minister Savvas Perdios, told CyBC on Wednesday that it notes Cyprus’ success against the coronavirus outbreak compared to other countries.

It also sets out what protocols will apply to emphasise that it is safe for holidaymakers.

Bolstering the message that ‘Cyprus has made it’, the letter notes that the government’s actions have managed to contain the spread of the virus, thereby allowing the easing of the lockdown from May 4 and paving the way for the reopening for visitors.

There are details on the two phases of the opening of the airports. The current two groups of countries will be updated weekly with the aim of adding as many countries as possible to both groups depending on the epidemiological situation there.

And in setting out the health and other protocols that will be diligently implemented the letter says authorities had a twin aim – to ensure tourists feel safe on their trip, but also that they enjoy their holiday.

There is a three page FAQ with useful information covering issues such as entry to Cyprus,  protocols regarding transportation and accommodation as well as what applies at restaurants for example.

The FAQ also clarifies that should a traveller test positive during their stay in Cyprus that the government will cover the cost of lodging, food, drink and medication of the traveller and their families and close contacts in dedicated quarantine hotels.

Meanwhile, as Demetra Landou reports in Phileleftheros, authorities are launching concerted efforts to attract one million visitors to Cyprus this year, acknowledging that Cyprus will be competitive not in terms of price but health.

Deputy tourism minister Savvas Perdios outlined the road map to attract tourists to the House Commerce Committee yesterday. This covers not just the summer but the winter.

A promotion campaign run together with tour operators of  €10 m will start in a week. Perdios said that authorities were in their third round of contacts with partners abroad together with Hermes Airports and the Transport Ministry. Journalists and specialised tour operators will visit Cyprus with emphasis to be given to special tourism where incentives are to be announced soon.

Moreover, three programmes will be launched to boost domestic tourism.

Efforts are also underway regarding flights with Hermes Airports’ senior marketing manager Maria Kouroupi telling the committee that the company was trying ‘restore’ as many airlines as possible of all types, whether  budget, chartered or traditional.

Indications are the companies will carry out 40% of their flights but it was important that Cyprus is included in airlines’ schedules, she said.

“Slowly slowly, if the epidemiological data changes new itineraries and destinations will be added,” she said. 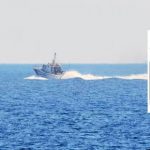 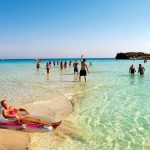