On May 26, 2019, for the first time in history, Turkish Cypriots and Greek Cypriots have accomplished a common political success.

Prof. Dr. Niyazi Kızılyürek was elected to the European Parliament.

In a written statement on his first year of being elected to the European Parliament,

In his first speech in the European Parliament,  AP member Kızılyürek, who started his speech with the words “My mother tongue is Turkish, one of the two official languages ​​of the Republic of Cyprus that I am a member of, but I cannot speak to you in this language, because Turkish is not the official language”.

On March 20, Martin Schirdewan and his accompanying European Parliamentary delegation would meet with Turkish Cypriots in my northern office, but we had to postpone the meeting until a later date because of the COVID-19 Pandemic ”.

I explained that the situation is urgent and that the European Commission’s preparation of an urgent economic and social aid package is essential for Turkish Cypriots to survive these difficult days.

On the one hand, I attempted to provide political support from the European Parliament and the Council of the EU in this direction, and on the other hand I started to discuss with the European Commission officials how this aid could be implemented in the fastest and most efficient way.

The emergency economic support package was thus formed and announced by the European Commission on 13 May. This process demonstrated how seriously a European Parliament struggling in this direction was. 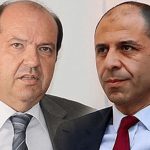 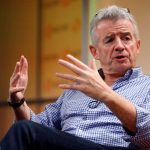